A Guide to Living in Birmingham

Located in central England, Birmingham is officially known as the UK’s “Second City” and for good reason. Birmingham is a young and vibrant city that is steeped in rich industrial history and holds a strong cultural significance that spans literature, food, music, art and so much more. It’s considered the birthplace of heavy metal music, inspiration for the world’s most popular fantasy author, JRR Tolkien, and home of the Peaky Blinders.

This, paired with a lower living cost, a substantial increase in quality city centre apartments and an enhanced work-life balance, has seen skilled workers choosing the Midlands over London and the South East in recent years. In fact, Birmingham has been the top choice of location for people looking to move out of London numerous times and a new study revealed that 46% of final year University students intended on staying in Birmingham.

Birmingham has a host of notable suburbs within close proximity to its core city centre to choose from, including the up-and-coming Digbeth – Birmingham’s creative corner voted “Coolest Place to Live” by the Sunday Times; the historic Jewellery Quarter, and the popular suburbs of Moseley and Harborne – both of which have been named the best area to live in Birmingham and the UK by The Sunday Times in recent years.

In 2019, Birmingham was named among the 50 best cities in the world to live based on several factors including public transport, its cultural scene, the availability of housing and quality of schools.

Voted one of the Best Cities to Live
Birmingham has been voted amongst the best cities to live in the world, whilst its suburbs, Moseley and Harborne, often make the list of best areas to live in the UK.

Employment
Many global company have chosen Birmingham for their company headquarters, including HSBC, BT and Goldman Sachs.

Green Space
With over 8,000 acres of green space and over 571 parks, Birmingham is the UK’s fourth greenest city.

Birmingham’s Commonwealth Games has elevated the city’s status and acted as a catalyst for both direct and indirect investment across Birmingham and the West Midlands region, with a number of extensive regeneration schemes well underway. An estimated £778 million has been dedicated to improving the area and its facilities, with the Games predicted to contribute an extra £750million to the local economy.

Perhaps the most significant regeneration project is High Speed 2 (HS2), a new train line which will connect London, Birmingham, Leeds and Manchester. Phase 1 of this new line aims to link Birmingham with London and is already making great progress. Not only will this see the Birmingham to London journey time reduced to just 49 minutes, saving an average of 32 minutes of the current traveling time, but it is likely to increase the number of jobs available significantly. This makes Birmingham to a viable option for the London workforce who are looking for more affordable living outside the capital. 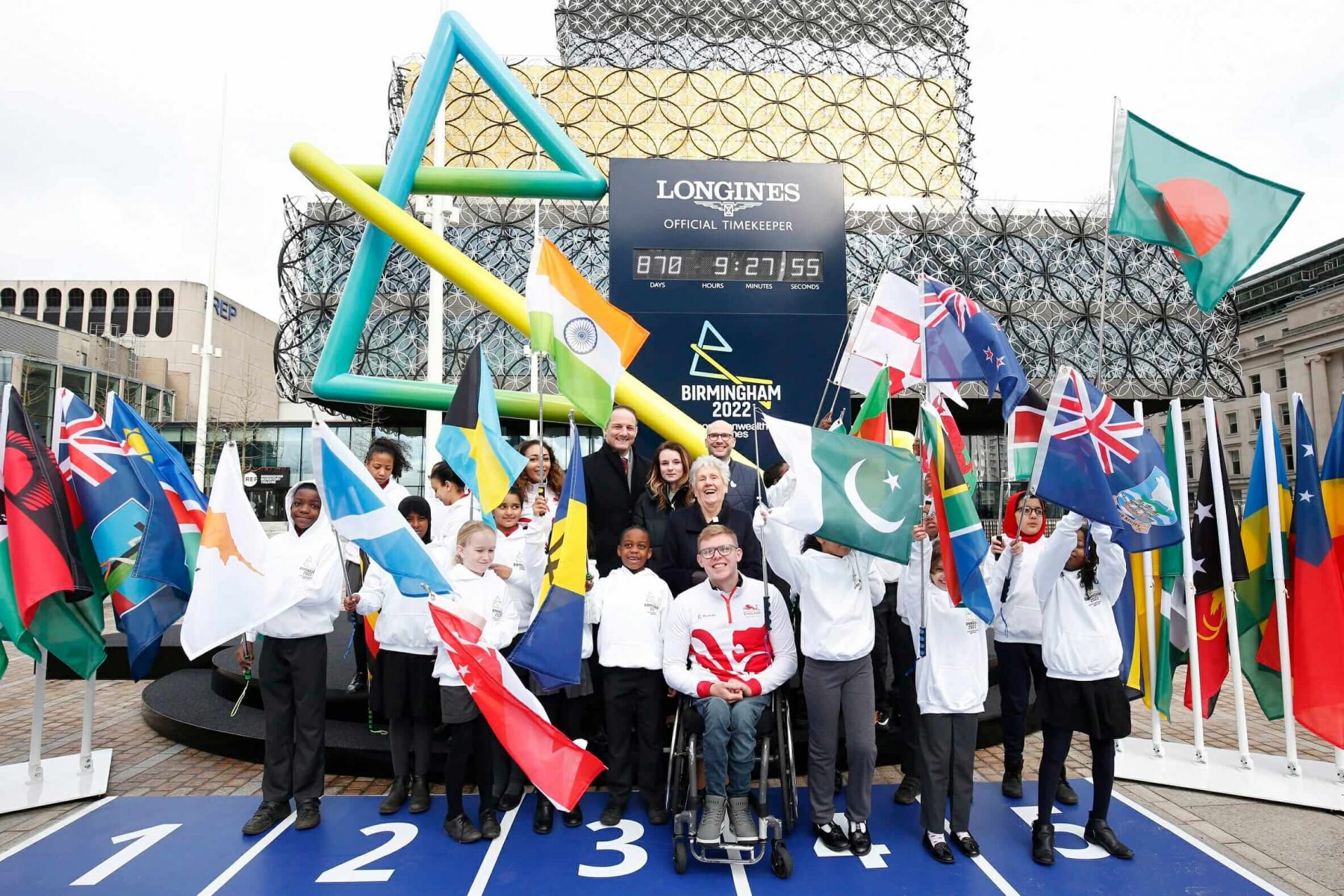 Location and Transport Links: Getting Around Birmingham

Birmingham city centre is extremely well connected, and its public transportation network includes three major train stations, a National Express coach station, Birmingham International Airport as well as extensive bus and tram networks, making it easy to get around whether it be locally or beyond.

The city’s main station, Birmingham New Street, is the busiest train station in the UK outside of London and offers great connectivity to numerous cities and towns in the UK including Manchester, Liverpool and Cardiff.

Coinciding with the Commonwealth Games, the city has enjoyed an investment of around £500 million which aims to improve accessibility including additional transport, cycling routes and road work projects.

Distances and journey times approximate and are sourced via Google Maps and the TrainLine.

Birmingham has an extensive bus network which connects its centre with nearby suburbs and extends outwards to the wider West Midlands area, including Dudley, Wolverhampton and beyond. You can find more information about bus routes here.

With an abundance of cycle paths, greenways and canal networks, Birmingham offers miles and miles of traffic-free cycling routes and collectively hosts the largest cycle route network of any UK city.

Birmingham is perfectly positioned in the heart of the UK motorway network, with great links to the M5, M6, M40 and M42 motorways. In fact, over 95% of the UK is within a four hour’s drive of Birmingham, which means the city’s connectivity is unrivalled and is best placed for enjoying daytrips.

Things to do in Birmingham

There are plenty of fun things to do in Birmingham, from its museums to extensive shopping opportunities and other leisure activities. It’s a thriving metropolitan city which boasts considerable shopping facilities, sprawling canal networks, bustling nightlife and a strong culinary scene which entices thousands of visitors every year.

Home to the famous Bullring Shopping Centre, Grand Central as well as The Mailbox and the historic Rag Market, Birmingham city centre caters to everyone’s shopping needs. It includes everything from the world’s largest Primark and an abundance of high street stores to high-end shopping such as Harvey Nichols, Selfridges and other designers.

Birmingham’s museums provide a fascinating glimpse into the city’s rich, vibrant history and showcases it contributions to the arts, science, technology and the industrial heritage that is synonymous with the West Midlands. Take in the history at Birmingham Museum and Art Gallery, learn something new at the ThinkTank Science Museum or try something a little more unusual at the Coffin Works or the Pen Museum.

Sports enthusiasts are well catered for in Birmingham, with three professional football clubs: Aston Villa, Birmingham City, and West Bromwich Albion, as well as Edgbaston, which is home to the historic Cricket Ground used by Warwickshire County Cricket Club for its home matches.

The city offers an exceptional dining experience regardless of your preferences, with Birmingham being home to the famous Balti Triangle as well as the highest number of Michelin star restaurants outside of London. There are over 300 restaurants in Birmingham city centre alone, bringing cuisine from around 27 different countries.

Birmingham also boasts a huge independent food scene and has several venues dotted around the city that host regular street food events, social clubs and food festivals. With the likes of Hockley Social Club, Digbeth Dining Club and individual vendors such as the award-winning Original Patty Men, Fat Snags and many, many more, Birmingham is a foodie heaven.

The city also has a lively nightlife scene, with a host of bars serving everything from creative cocktails to an endless choice of craft beers and multiple live music venues and large theatres across the city. 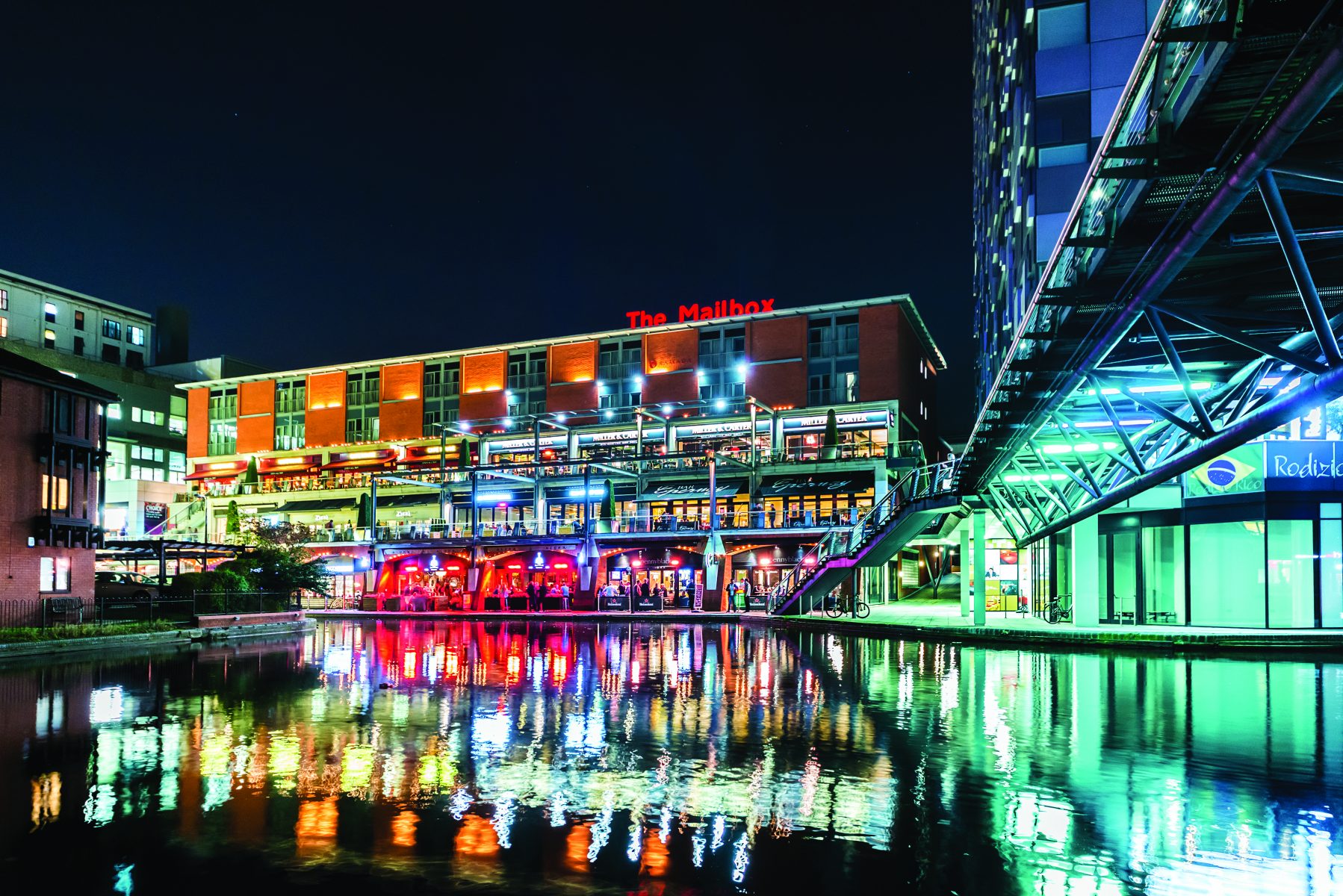 Birmingham has a rich cultural background and hosts a wide variety of festivals and exciting events throughout the city every year that caters to a range of tastes. From music and comedy, to sports and foodie events, Birmingham has it all.

The city is home to some iconic event venues, including the National Exhibition Centre (NEC), which is the largest event space in the UK and Star City, an all-purpose family entertainment complex that includes mini golf, laser tag, rock climbing as well as a 25-screen cinema – the largest cinema in the UK by number of screens.

Birmingham also houses a beautiful Town Hall, the celebrated Symphony Hall which hosts around 270 events across the year, Utilita Arena and several major theatres including the Birmingham Repertory Theatre, The Hippodrome, Crescent Theatre and The Alexandra Theatre.

Key events in Birmingham include Mostly Jazz, Funk and Soul Festival, Birmingham Weekender, The Great Birmingham Run, the renowned Frankfurt Christmas Market and much, much more.

Nestled in the heart of these, it is estimated that Birmingham itself consists of up to 25% of green space, earning it the title of the UK’s fourth greenest city. Boasting over 8,000 acres of green space and an impressive 571 parks in total, living in Birmingham provides the perfect balance between bustling city life and tranquil outdoor space to enjoy.

Cannon Hill Park is a firm favourite amongst locals, with an abundance of greenery and activities such as mini golf and Birmingham’s Wildlife Conservation Park nearby. The park is also home to MAC Birmingham – a popular venue that hosts numerous shows, galleries, exhibitions and a wide variety of workshops to enjoy throughout the year.

For those looking for great employment opportunities, Birmingham has plenty of potential to suit a variety of professional needs. With more and more people choosing Birmingham as a place to settle outside of the hustle and bustle of London, with them they bring a host of talents and expertise, creating a diverse and skilled workforce.

Historically a hub for manufacturing, Birmingham now has a strong tech sector and flourishing financial sector. In fact, the West Midlands is the fastest growing region for tech jobs, projected to have an extra 52,000 by the end of 2025, adding £2.5 – £3billion to the regional economy.

This has ultimately led to numerous global companies choosing the city as the perfect place to house their company headquarters, with the likes of HSBC, BT and Goldman Sachs reinforcing Birmingham’s place as a viable alternative to the Capital. 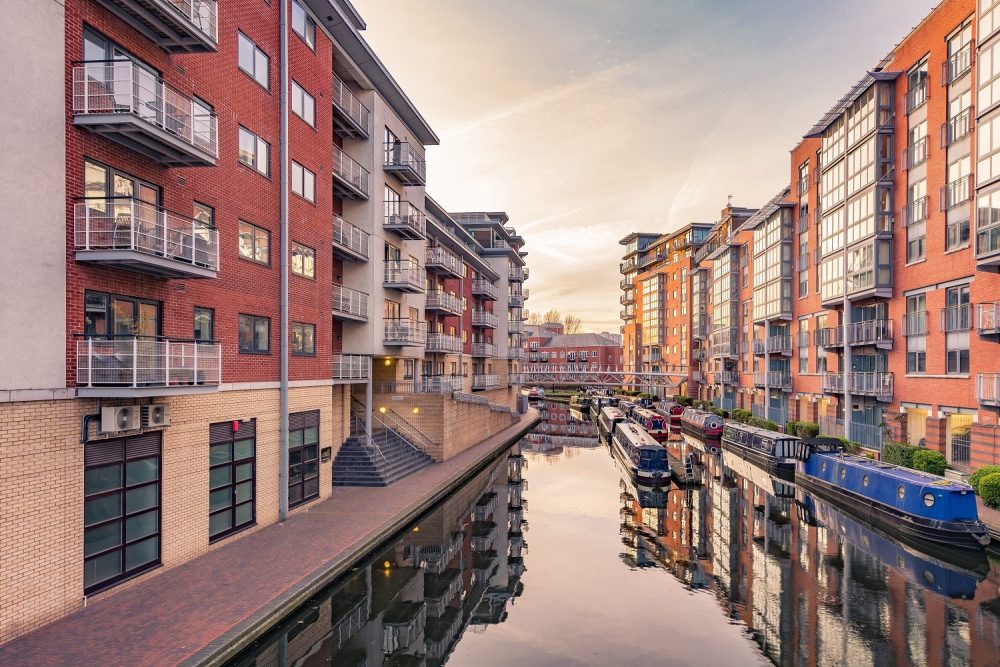 Being the UK’s second largest city, Birmingham and its suburbs are not short of primary and secondary schools, making it a great place for families to settle.

Nearby Points of Interest

Birmingham International Airport has 50 airlines serving 140 destinations around the world and is just 9 minutes by train from Birmingham New Street.

This picturesque Area of Natural Beauty can be reached in just over an hour and a half's drive from Birmingham.

Birmingham's central location means major UK cities are easily accessible by car and by train. Trains to London, Manchester and Liverpool can take as little as 90 minutes.

Property for Sale in Birmingham

Property prices in Birmingham has grown exponentially over the last 10 years and show no signs of slowing down with the added investment into the city and its surrounding suburbs. Land Registry data indicates that property prices have grown by 65% since 2012, and with so much to experience

In particular, prices for apartments in Birmingham have increased by 47.7% since January 2012 and demand for city centre apartments. SevenCapital is proud to present two residential developments to Birmingham’s vibrant city centre.

St Martin’s Place brings hotel style services and exclusive resident-only amenities to Birmingham’s residential sector and is just a short distance from the city centre as well as the variety of bars and restaurants that line the famous central canal network of Brindley Place.

105 Broad Street is a stunning development on the doorstep of Birmingham’s thriving business hub and is designed to cater to the professional tenant.