Located on the, errr, ‘east’ side of Birmingham, Eastside is undergoing billions of pounds worth of regeneration and is already recognised as one of the coolest places to live in Birmingham right now. Discover why Eastside is a good place to invest.

To the east of the city centre, Birmingham’s ‘knowledge hub’ in Eastside has cultivated a thriving community of researchers and businesses grounded in technology, learning and innovation. With a unique heritage as a major industrial quarter within the city, it is now home to Birmingham Science Park Aston, The New Technology Institute, Millennium Point and a new Engineering Academy.

The largest regeneration project in the city, Birmingham Eastside will also host the planned HS2 hub station, Birmingham Curzon Street. This once-in-a-generation project will help revitalise the area, creating cutting-edge connections with the capital and boosting investment into the area by an estimated £1.5 billion.

Millennium Point, home to Birmingham’s Thinktank science museum, is the largest millennium project outside of London and directly contributed to the creation of the surrounding ‘Knowledge Quarter’ of the city. 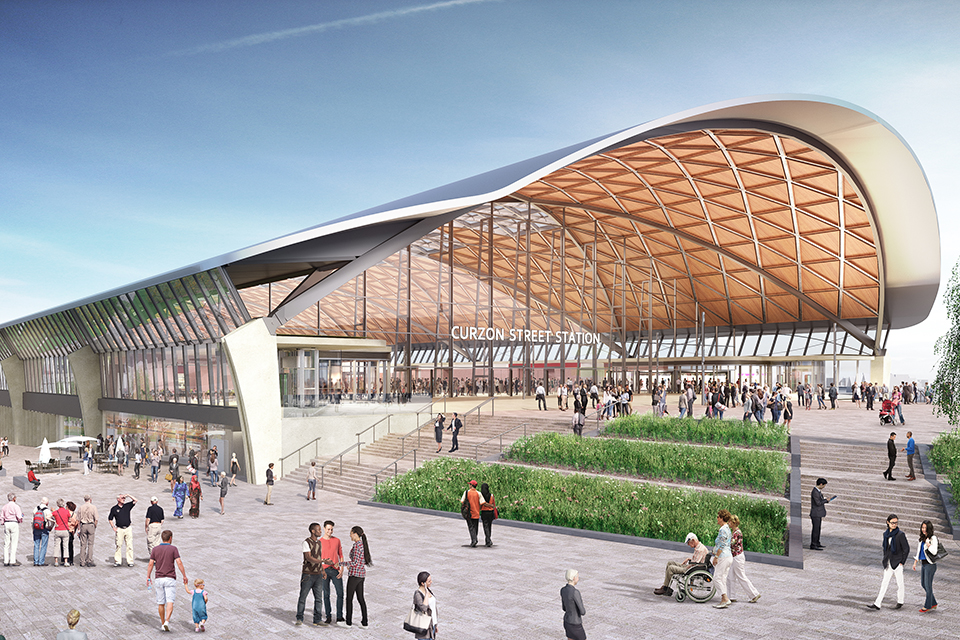 HS2 will get Brummies from Eastside Birmingham to London

Is Eastside Birmingham a good place to invest?

The sheer scale of the regeneration occurring in Birmingham Eastside means the area will be a hotspot of activity in the near future. Due to its close proximity to the city centre, Birmingham Eastside will also benefit from any commercial occupiers that set up headquarters in the city, following the example set by HSBC. Being on the doorstep of other major regeneration projects due to be undertaken, namely those in Digbeth and Smithfield, properties in Birmingham Eastside will find themselves in an enviable location over the coming years. While prices are currently modest, expect this to change as prime property near the HS2 station (Curzon Street Station) will soar as journeys to London will decrease to the 45-minute mark. In addition to this, the native community of technological innovators at the core of Birmingham Eastside make it not just a high-speed portal to the capital but a destination for Birmingham’s thinkers and the businesses behind them. 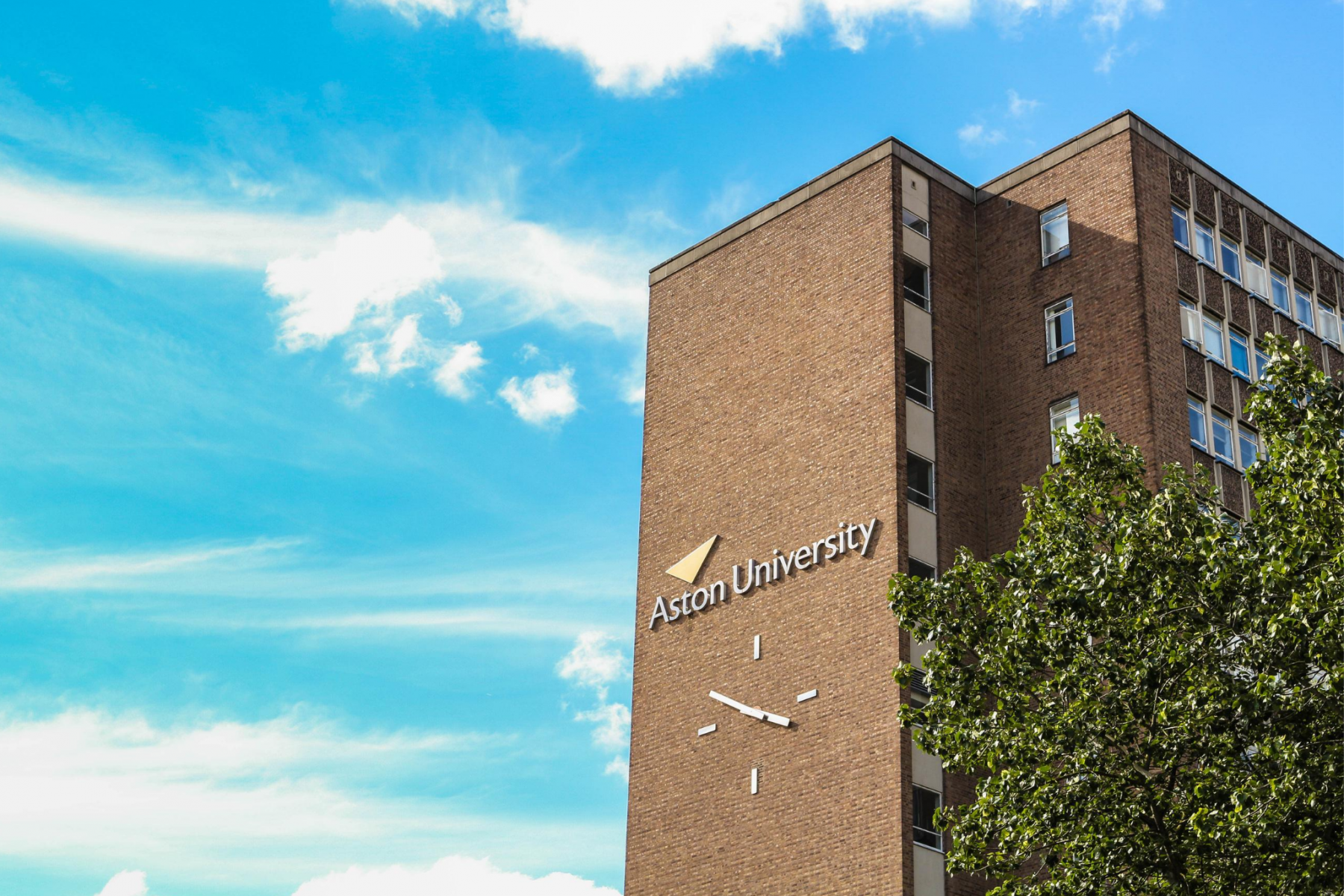 Where is Eastside Birmingham located?

A Place of Culture – Deciding where to buy in Eastside Birmingham

As one of the most diverse cities in the UK, Birmingham has an outstanding cultural offering, with world-class facilities, a renowned arts programme and a thriving dining scene. Home to the Symphony Hall, the Hippodrome and Birmingham REP, Birmingham also hosts the Birmingham Royal Ballet and Birmingham Symphony Orchestra, just two examples of an extensive cultural landscape that makes up the second city.

While there are plenty of investment opportunities in Birmingham, Eastside ought to be singled out as it is forecast for huge growth as thousands of commuters are set to travel in and out of the district daily with the advent of HS2 at its Curzon Street Station. Linking the ‘second city’ to the capital in around 45-minutes promises greater connection to the south of England and with it an even greater connection to the commercial and financial opportunities there.

This is encouraging news for the surrounding areas and neighbourhoods of Eastside, as their rental properties will be highly desirable for those whose careers and personal lives have them regularly journeying between the UK’s two largest cities. Its adjacency to Digbeth, Birmingham’s most up-and-coming area, and the once-in-a-generation residential, retaill and community projects being undertaken there shouldn’t be overlooked, either. 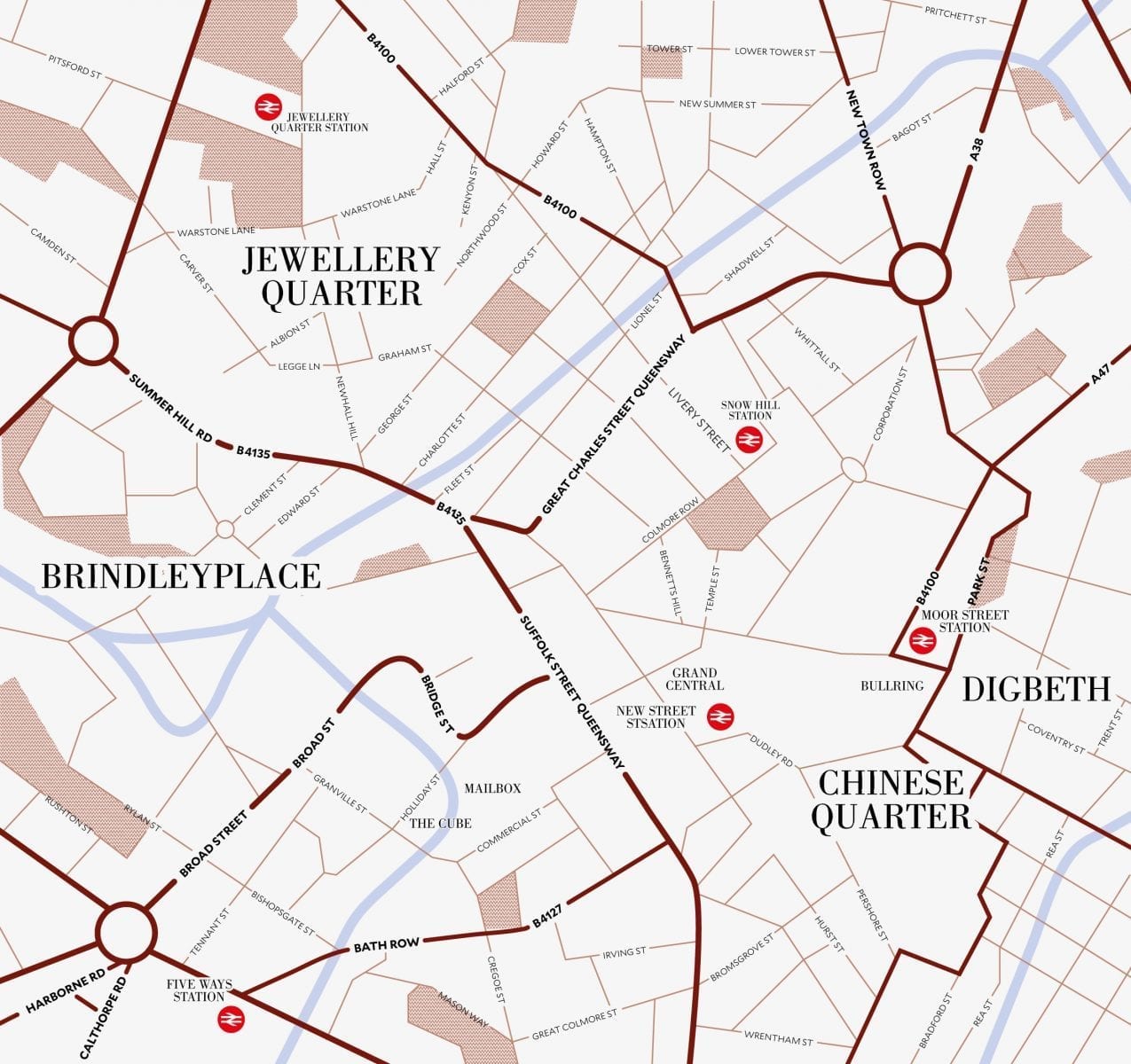 Why Invest in Digbeth Buy-to-Let Property in 2019?

Why Invest in Digbeth Buy-to-Let Property in 2019?

Connaught Square Given Go Ahead by Planners

Connaught Square Given Go Ahead by Planners

The Changing Face of Beds in Birmingham

The Changing Face of Beds in Birmingham

High Speed 2 (HS2) – Covering the area that will house the HS2 Curzon Street station in Birmingham city centre, along with £724m million in investment into the surrounding area. The masterplan envisages the creation of 36,000 new jobs. 4,000 new homes and 600,000 square metres of commercial development. Connection Birmingham to London with a 45-minute commute, along with other key locations including Manchester and Leeds. Read more about HS2’s impact on Birmingham here.

Eastside Locks – A major mixed-use development in the area that includes residential, commercial and leisure space, Eastside Locks is one of the largest regeneration schemes within the wider ‘Big City Plan’. Located near the completed Millennium Point, part of the Eastside Locks redevelopment will also contain an ‘Enterprise Zone’ designed to promote economic growth. 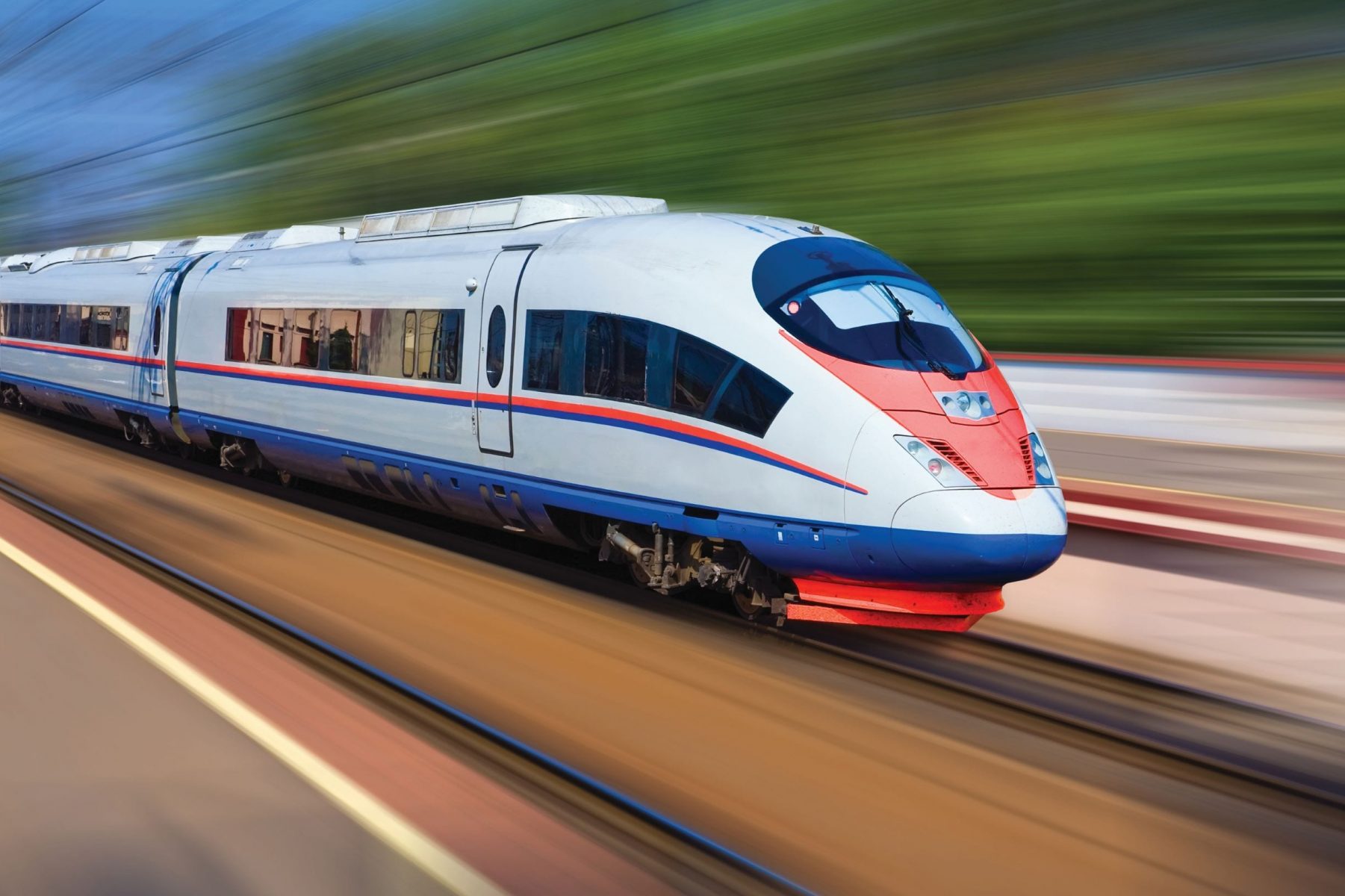 Mae is an international student in her early twenties studying Computer Science at Aston University. She’s from a wealthy family who are paying extra for her to privately rent a studio apartment within a 10-minute walk of the university campus. This location is ideal for her as she remains close to New Street Station, affording her a fuss-free journey to Birmingham’s airport when she returns home during the holidays.

She’s here to study above all else and is a landlord’s dream tenant: quiet, studious and conscientious of others around her. She spends a lot of time in her apartment but winds down by drawing and exploring the city, taking 35mm snapshots of the city on her Nikon DSLR camera. She isn’t a keen cook and can afford frequently ordering food from Deliveroo, so the compact kitchen/dining area isn’t a problem for her.

She’s been drawn to the Aston Triangle for its reputation as Birmingham’s ‘knowledge hub’, and occasionally attends events around technology and innovation that stimulate her learning in and out of the classroom.

In addition to this, her passion for the arts is further indulged right here on her doorstep, with a handful of the contemporary art galleries such as Ikon Eastside, Vivid Projects and Eastside Projects all nearby. 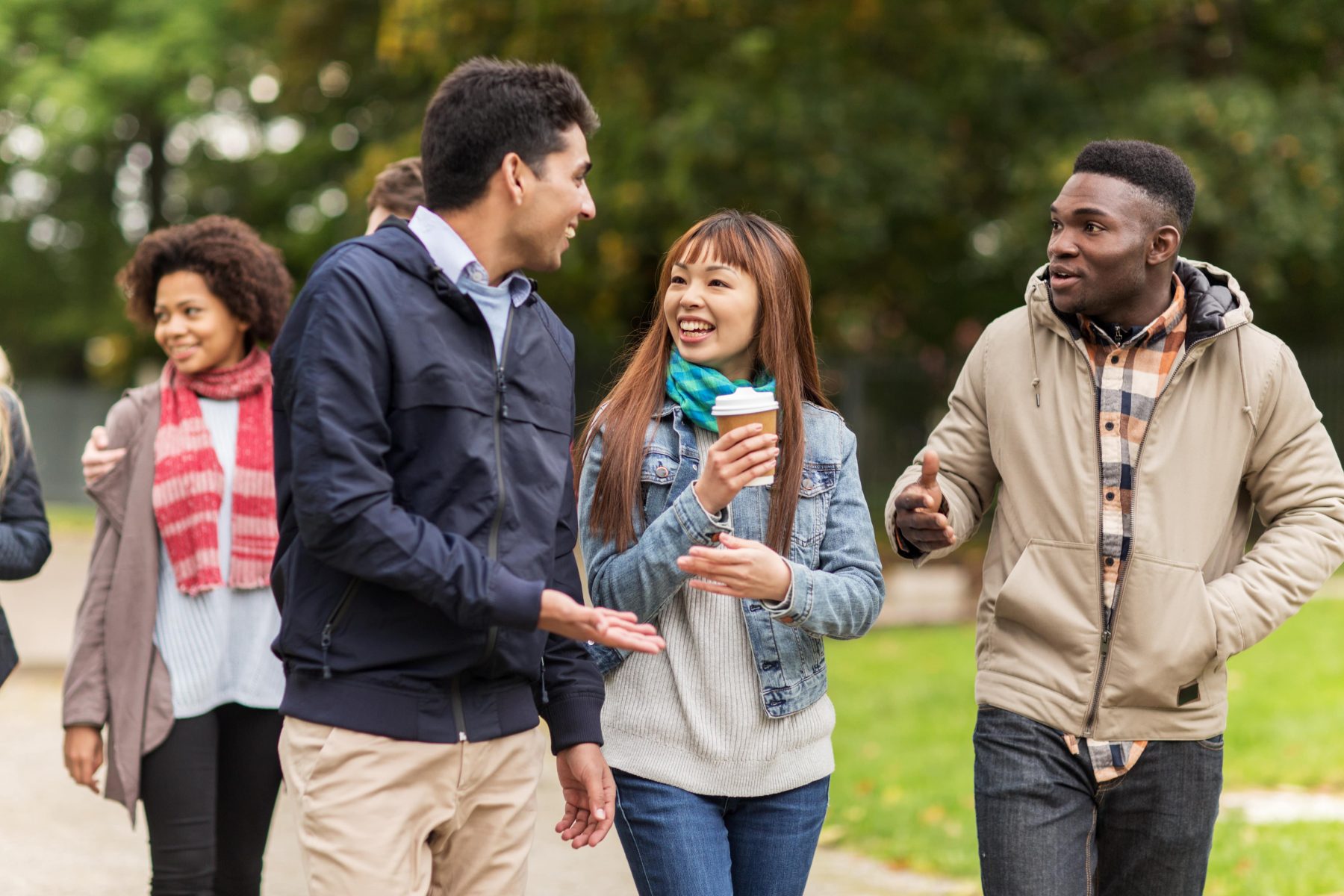