Home Property News Why Invest in Birmingham Property Market 2019?
Back to Articles

Why Invest in Birmingham Property Market 2019? 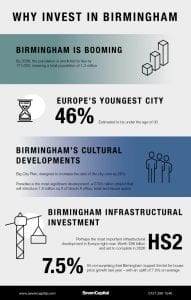 Regional cities are beginning to take over and the power of the Midlands Engine is becoming ever apparent. With Birmingham sitting at the core of the Midlands, its affordability, economic strength and infrastructural developments are making the second city an attractive prospect.

As cranes fill the skyline and attention is firmly centred on Birmingham Property Market Investment, the UK’s second city is establishing itself as one of the most popular locations in Europe. With a central location, Birmingham is attracting billions of pounds worth of investment in citywide retail, commercial and residential space – developing historic infrastructure projects and building the largest professional services hub outside of London.

Global businesses are actively choosing to relocate to Birmingham, enjoying the benefits of a motivated and trained workforce alongside a central location that puts 90% of the population within reach in under four hours. After winning the bid to host the 2022 Commonwealth Games, Birmingham has started a journey of regeneration with developments including Birmingham Smithfield, Arena Central, Paradise, HS2 and the Midlands Metro extension.

The commercial development pipeline is filled with quality offerings reflecting why people and businesses are investing in Birmingham’s Property Market in 2019?, with nearly 1.6 million sq ft of Grade A stock, 90% of which is brand new. This is a prime example of the confidence that is flowing throughout the market, giving occupiers the opportunity to take advantage.

This level of growth isn’t relegated to just the skyline either. Birmingham is seeing more inward investment than any other region and as a result, the city is growing fast. By 2039, the population is predicted to rise by 171,000, meaning a total population of 1.3 million in just over 20 years. With city centre living still in vogue, residential undersupply is a very real threat that’s creating an incredibly competitive market – ideal for investors that want rental income and capital growth.

Out of a population of 1.1 million, nearly 46% is estimated to be under the age of 30, cementing Birmingham as the youngest city in Europe. With a student base of nearly 65,000 students spread across five universities and two university colleges, both businesses and residential landlords have access to a vast pool of qualified, ambitious graduates.

It’s this talented workforce that has helped Birmingham build the strongest economy outside of London, worth nearly £24.8 billion and growing.

Birmingham’s youthfulness and strategic location have also made it a hotbed for start-ups. Birmingham had 17,577 new businesses established in 2016, far surpassing any other regional core city. Since then, it has consistently had the highest number of start-ups in the country outside of London.

This level of investment and entrepreneurship has created a perfect storm for tenant demand, attracting young professionals and working families from the capital where the market is squeezed. In the last three years, Birmingham has been the top destination for those leaving the capital, a number that will only rise with the development of HS2 and the increased accessibility it provides.

In 2017, a study found that Birmingham was the most improved city in the UK to live and work, named as having the highest standard of living of all UK regional cities thanks to falling unemployment and the waves of Birmingham Property Market investment coming from both domestic and foreign investors. 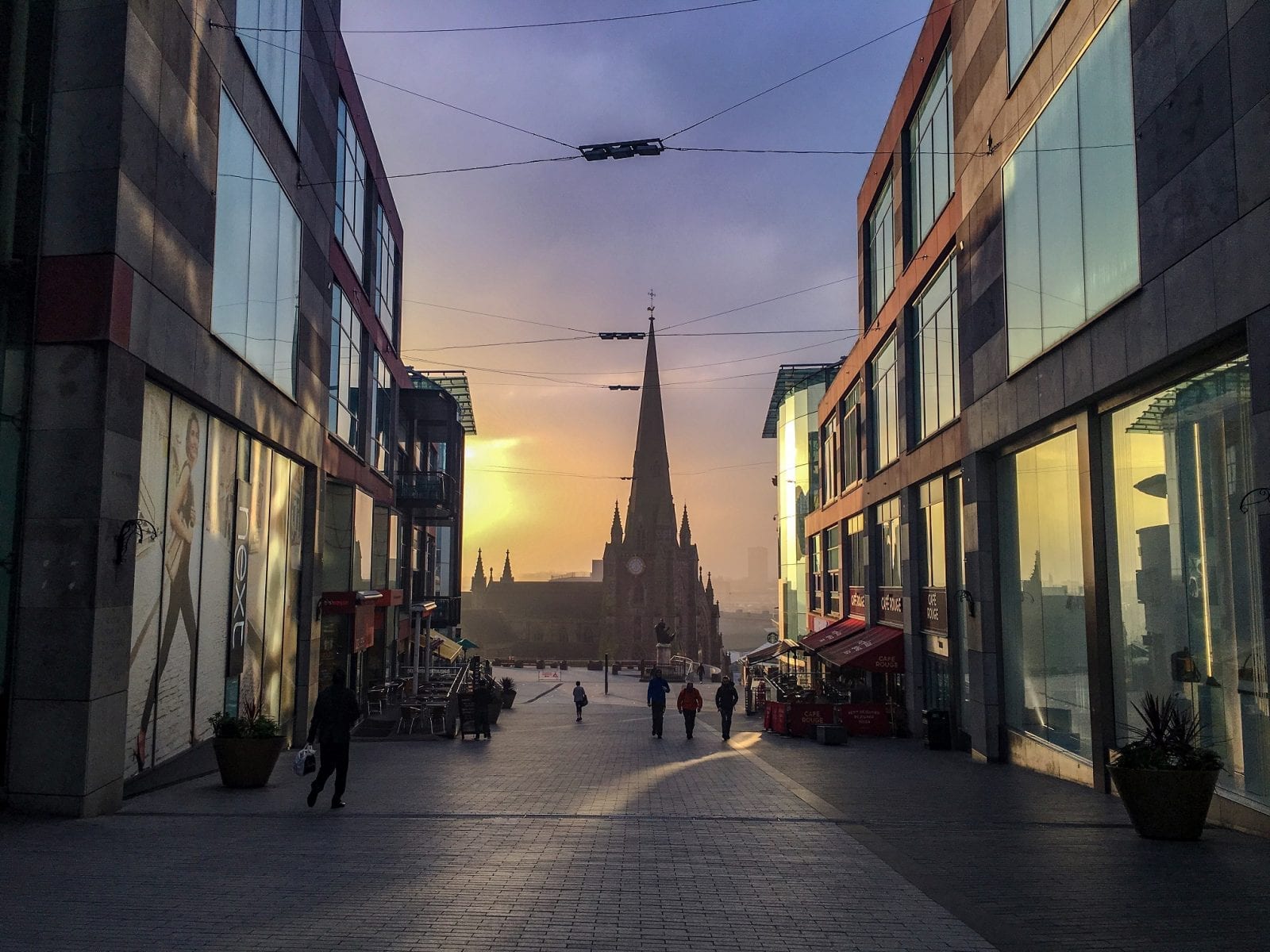 Birmingham investment hit £1.1 billion in 2017, totalling at £2.4 billion for the wider West Midlands. There’s no denying that the market is not only staying resilient but it’s growing. Overseas investment has also increased, accounting for around 30% of total deals. The city’s recent winning bid to host the 2022 Commonwealth Games will be the largest sporting event held in the UK since the 2012 Olympics, generating an estimated £750 million for the economy and shining a spotlight on the city’s culture.

The 2022 Games represents the start of the Big City Plan, designed to increase the size of the city core by 25% and forecasting 50,000 new vacancies. The Big City Plan encompasses Paradise, Arena Central and Birmingham Smithfield amongst completed developments such as Grand Central.

Paradise is the most significant development, a £700 million project that will introduce 1.8 million sq ft of Grade A office, retail and leisure space. It will also open up the gateway between the city centre and the Westside – home to Brindleyplace and Deutsche Bank, the Library of Birmingham, Birmingham Symphony Hall and ICC. One of the UK’s ‘Big Four’ financial services firm, PwC, has already agreed to a pre-let within One Chamberlain Square in Paradise, showing the attraction the city has for global businesses.

Arena Central will sit a stone’s throw from the Mailbox and represent another landmark development for Birmingham. As the site of the new HSBC UK headquarters, Arena also received the city’s biggest pre-let in a decade during 2017 – 240,000 sq ft dedicated to housing the Midlands regional hub for HMRC.

Birmingham’s position at the heart of the UK makes it the most connected city in the country, with excellent links to Edinburgh, Manchester and London. This plays a major part in the city’s ever-growing attraction as a hotspot for business and manufacturing, boosting the city’s continued economic success and contributing to workforce jobs in the West Midlands increasing by 110,000 last year, one of the biggest rises in the country.

Infrastructural improvements are one of the main pillars that make up the Birmingham Big City Plan, anchored by High Speed 2 and the Midlands Metro extension. Both of these developments are re-defining the Birmingham landscape and increasing accessibility, helping push an incredibly well-connected city to new limits both nationally and locally.

HS2 is perhaps the most important infrastructural development in Europe right now. Worth £56 billion and set to complete in 2026, this ambitious project will see travel times between Birmingham and London slashed to 49 minutes. Aside from offering London commuters incredible access to the second city, HS2 will kickstart a £1 billion regeneration of the Eastside area around Birmingham Curzon.

The Midlands Metro extension will provide a similar impact around the West Midlands – helping boost connectivity between Birmingham, West Bromwich, Wolverhampton, Wednesbury and more. By extending the tram system around the region, usage has hit an all-time high with nearly six million people using the line annually during 2016/2017. The Midlands Metro extension is due to complete in 2023 with further lines to Birmingham Airport and Coventry still in the proposal stage.

Why Invest in Birmingham Property – A Lucrative Opportunity

Considering all of the investments mentioned above, it’s not surprising that Birmingham topped the list for house price growth last year – with an uplift of 7.5% on average. This was the highest in England and second only to Edinburgh across the entire UK.

With property prices still sitting at a relatively affordable rate of £197,461 (source: Rightmove) – it’s £10,000 less than Manchester and over £500,000 less than the average prices across the whole of London.

Why not see what developments we’re building or get your own free, specialised Birmingham Market Guide.