We’re far more used to seeing images of the luxury apartments in SevenCapital’s Birmingham development 105 Broad Street, however just in time for Birmingham Heritage Week this week (10-20 September 2020) two original artists impressions of this landmark Birmingham building, built in 1977 by John Madin, have been revealed.

Local man Nick Sweeney discovered the two impressive paintings among his father’s belongings after he sadly passed away. Nick’s father was an air conditioning engineer for a number of properties in the area, including the Broadway building, which when it was built in the late 1970s was seen as one of the “coolest” buildings in Birmingham.

The two paintings show how true to the original drawings the building has remained to this day. However, what they also show is a suggested bridge across Ladywood Middleway, which never materialised. 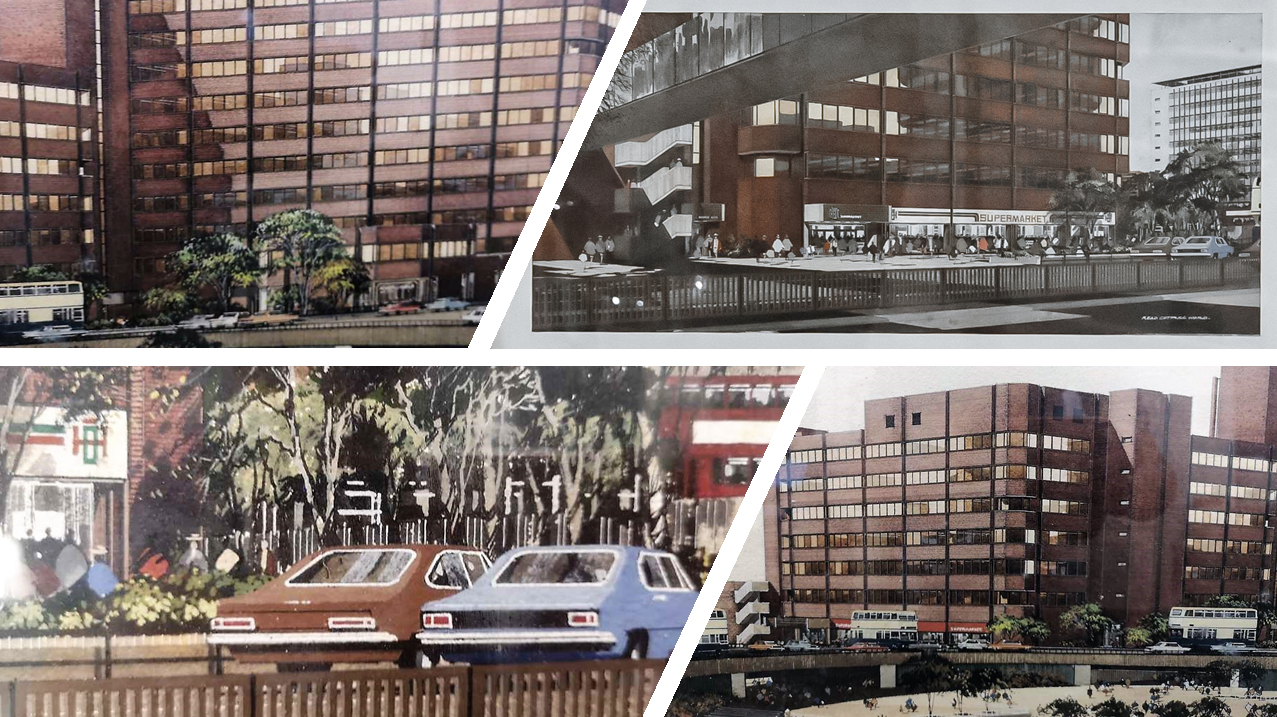 John Madin’s “Broadway” building was originally built in 1977 as a commercial building. After acquiring the site in late 2014, SevenCapital transformed the office spaces into more than 200 luxury apartments, with the ground floor refurbished to house a gym and retail space.

SevenCapital director Andy Foote said: “These original artists impressions are fantastic and demonstrate real nostalgia for this landmark building, which is a great piece of 1970s architecture. We thank Nick very much for sharing them with us.”

Find out more or enquire about investment opportunities at 105 Broad Street.