Home Property News Should You Avoid Investing in London Buy-to-Let Property?
Back to Articles

Should You Avoid Investing in London Buy-to-Let Property?

There’s no denying that when many investors think about a UK property investment, their first instinct is London. Location is one of the most critical factors an investor has to consider and for many, the familiarity of the capital can often sway their decision.

It’s important to remember however that a sound investment shouldn’t be made solely on a hunch or a familiar name – it should be made on facts, figures and investment fundamentals. This is why one of the most common questions in the UK market is: should you avoid investing in London Buy-to-Let property?

While it’s true that for a long time, London was the place to invest – offering incredible returns and growth across the market – times have changed.

Following the 2008 financial crash, property in the capital saw unprecedented growth, reaching upwards of 50%. Since 2016 however, it’s almost certainly reached its tipping point. Growth has stagnated and recovery has been slow while regional cores such as Birmingham and Manchester have taken over.

While you can never count the capital out – it still remains one of the top locations in the globe for inward investment across a vast number of sectors – is London a good place for a Buy-to-Let investment? 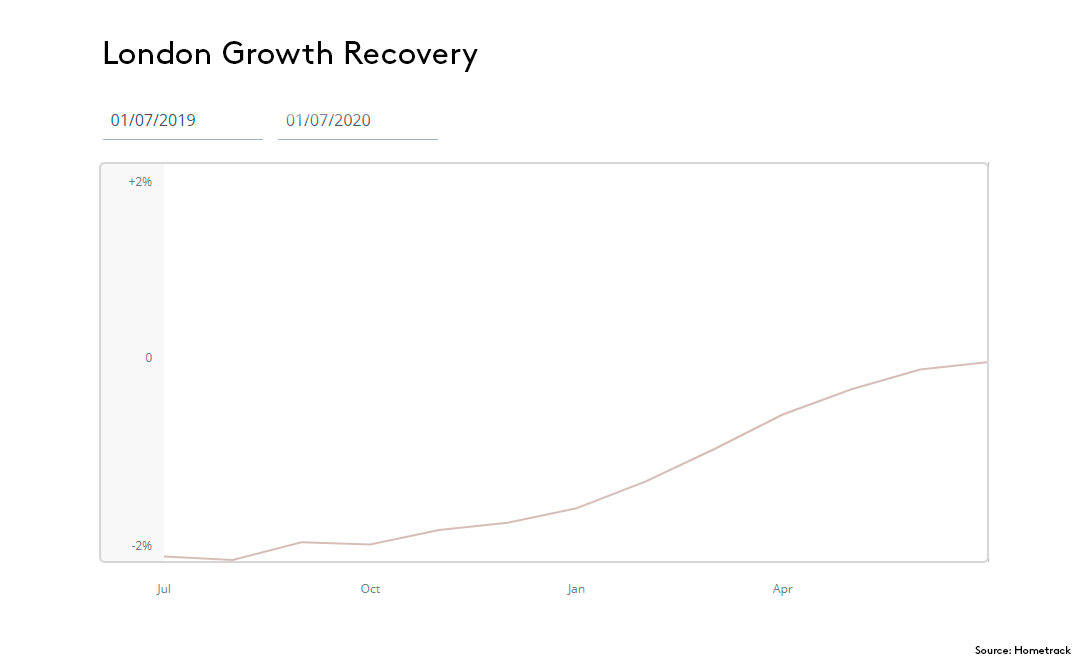 Data for London property over the last 12 months makes for fairly dismal viewing. According to the Hometrack Price Index, between July 2019 and July 2020, London’s growth fluctuated between -2.0% and 0%, highlighting the slow road to recovery that the capital has been treading.

It’s only since the UK came out of full lockdown that London has had a resurgence of sorts, with some of the highest price rises in the country.

Following July 2020, property prices jumped by 3.6%, putting the average cost of a property at around £490,495 – great news for those already invested in the city but yet more pressure for first-time buyers, young families or investors still to take the plunge.

Experts predict that the mini-boom the country is currently experiencing is being felt most strongly in London, particularly due to the stamp duty (SDLT) holiday. Because of the nature of the London market, many investors can maximise their SDLT savings – provided they have the initial entry fee.

Similarly, we’re seeing many more enquiries from foreign buyers interested in investing before the additional 2% stamp duty surcharge comes into play next year. Again, this could be attributed to the recognition that London holds globally – not necessarily because of its recent performance.

In summary, while London property prices are rising, it remains an expensive market that is increasingly focused on a strategy of capital appreciation as opposed to high, long-term rental yields. 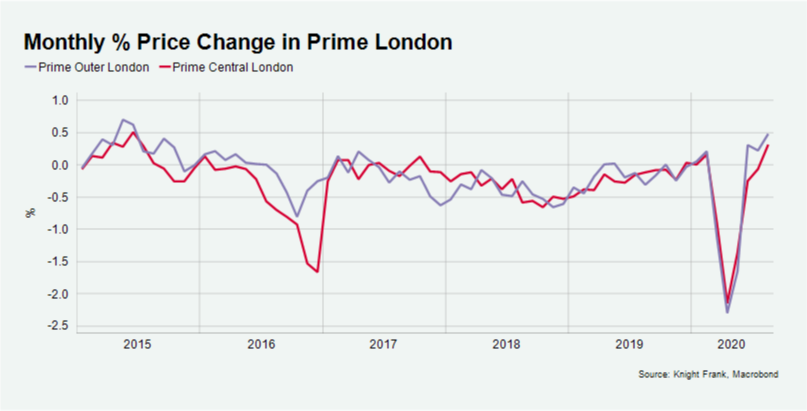 Because of the cost of its property, London’s rental sector remains a double-edged sword. While demand is (and probably always will be) strong, yields are still relatively low compared to other major cities.

Figures from the Office for National Statistics (ONS) shows that before lockdown, the average rent in London was around £1,400 – double that of the wider UK average.

According to Zoopla’s figures, even with this increase, London is currently achieving an average yield of 3.6% across all property types, around the same as the national average and far behind regional cores such as Birmingham which is achieving closer to 5%.

As you’d imagine, for many investors, London is an ideal choice for low-yield consistent returns, although there’s little scope for improvement as property prices continue to rise and many tenants are already being priced out of the market.

So where does this leave London over the next five years? As we’ve already established, the current mini-boom is contributing massively to the city’s performance and it’s expected that any changes to the status quo will affect London the most.

That said, demand is a powerful driver in the market and London remains desirable for many people.

At the start of 2020, JLL predicted that London would see relatively slow growth during 2020 and 2021 that would only start to accelerate in 2022.

While unforeseen challenges have skewed that timeline somewhat, JLL stand by their predictions – London can expect anywhere between 3% and 4% during 2022, 2023 and 2024 respectively.

They expect that while the market will be the slowest to recover, it will eventually outperform other major regions. This will be driven, largely, by increasing demand and short supply – a picture that the majority of the UK is currently facing.

On the other hand, while central London continues to struggle, this is having the opposite effect on the wider South-East, which is benefitting from changing living trends and progress along many long-term, key regeneration plans.

One of the most prominent trends in the current London market is the increase in the number of tenants co-living.

While the concept of several ‘households’ sharing a rental property has been a rising trend in London’s expensive market for a while now, tenant types have changed.

The capital is currently seeing more young professionals and older adults renting for longer, meaning co-living has become much more appealing. This is especially true of couples, demonstrated by the 136% rise in enquiries from couples looking for one-bedroom agreements in shared properties between June 2019 and June 2020.

For many, the financial impact is the primary reason for this change in renting habits – especially in a market as expensive as London. Co-living often allows couples or young professionals the opportunity to build a deposit for a home or live closer to the office and still live relatively comfortably.

Alex Gibbs, co-founder and director of Built Asset Management, believes that “Economic factors are undoubtedly at work, with co-living offering an affordable option to renters seeking high-end accommodation, without the expense that comes with a single-let unit.”

On the flip-side, while many are choosing to live in a shared property, those that don’t are leaving London in what is fast-becoming a rising trend.

For many young families priced out of the market, locations across the London Commuter Belt offer more affordability without sacrificing access to the capital – particularly useful for those that want a short commute.

In total, London saw a net loss of 93,992 people to other parts of the UK in 2019 – many of whom opted to choose locations such as Slough, where 46% of homes are let out to London leavers.

What alternatives are there to London?

It’s these alternative locations such as Slough that are coming into focus for investors. With much more affordable property prices, higher yields and a lower cost of living, these emerging investment hotspots are attracting both tenants and investors.

Slough is just one of many alternatives to the capital that is benefitting from the ‘exodus’ of London leavers however.

As a number of commuter towns across the region utilise inward investment to drive regeneration, they’re building the amenities that the modern tenant is looking for.

Places such as Bracknell and Reading are particularly in demand due to the exceptional career opportunities they can offer.

Home to technology giants such as Dell, Honda, 3M, Oracle and Fujitsu, Bracknell is a prime example of a new town that has plenty to offer young professionals and local graduates alike.

At the same time, a £770 million regeneration plan is rejuvenating the retail and infrastructure of the town, ensuring that there is plenty to offer this rising demand.

If we look further north, the Midlands is another alternative that can offer above-average yields for investors, although it means slightly longer commutes for London professionals.

It’s expected that infrastructure projects such as HS2 will improve these connections immeasurably, further strengthening the second city’s allure with both tenants and investors.

As people leave London for surrounding towns and cities, discover one of the most exciting investment hotspots in the UK – driven by rising demand, stunning regeneration and world-class transport links.