As we continue to delve deeper into 2021 and head towards yet another new year, we’re exploring the prospects of the UK property market for 2022. As tenants continue to explore their options outside of the capital, investors have more opportunities to broaden their horizons with more emerging places to invest in UK property in 2022.

An emerging location can often be a property goldmine for investors, offering a unique combination of affordable property prices and promising growth in the long-term. With the demand for property continuing to outweigh the supply, and the Stamp Duty holiday set to sustain this momentum until 2022, the opportunities for investors are endless.

Not only has the performance of the London property market highlighted the unpredictability of the capital, but it has emphasised the potential of lesser-known emerging markets. Find out the best emerging places to invest in UK property in 2022.

When we talk about the ‘best emerging’ places to invest in UK property, how are we measuring these areas? While some of the key metrics are what you’d expect – future rental yields and price growth for example – others are more obscure but still vital contributors to success. Before we jump in, here’s how we measured the best emerging locations to invest in UK property:

These metrics allow us to build a complete investment case for Buy-to-Let performance, highlighting the emerging locations that might otherwise be missed by investors.

This is The Grand Exchange

Brand new investment opportunity forecasting 17.5% growth over the next 5 years.

Invest from just £57,990 in premium 1 and 2-bedroom apartments at The Grand Exchange, Bracknell. 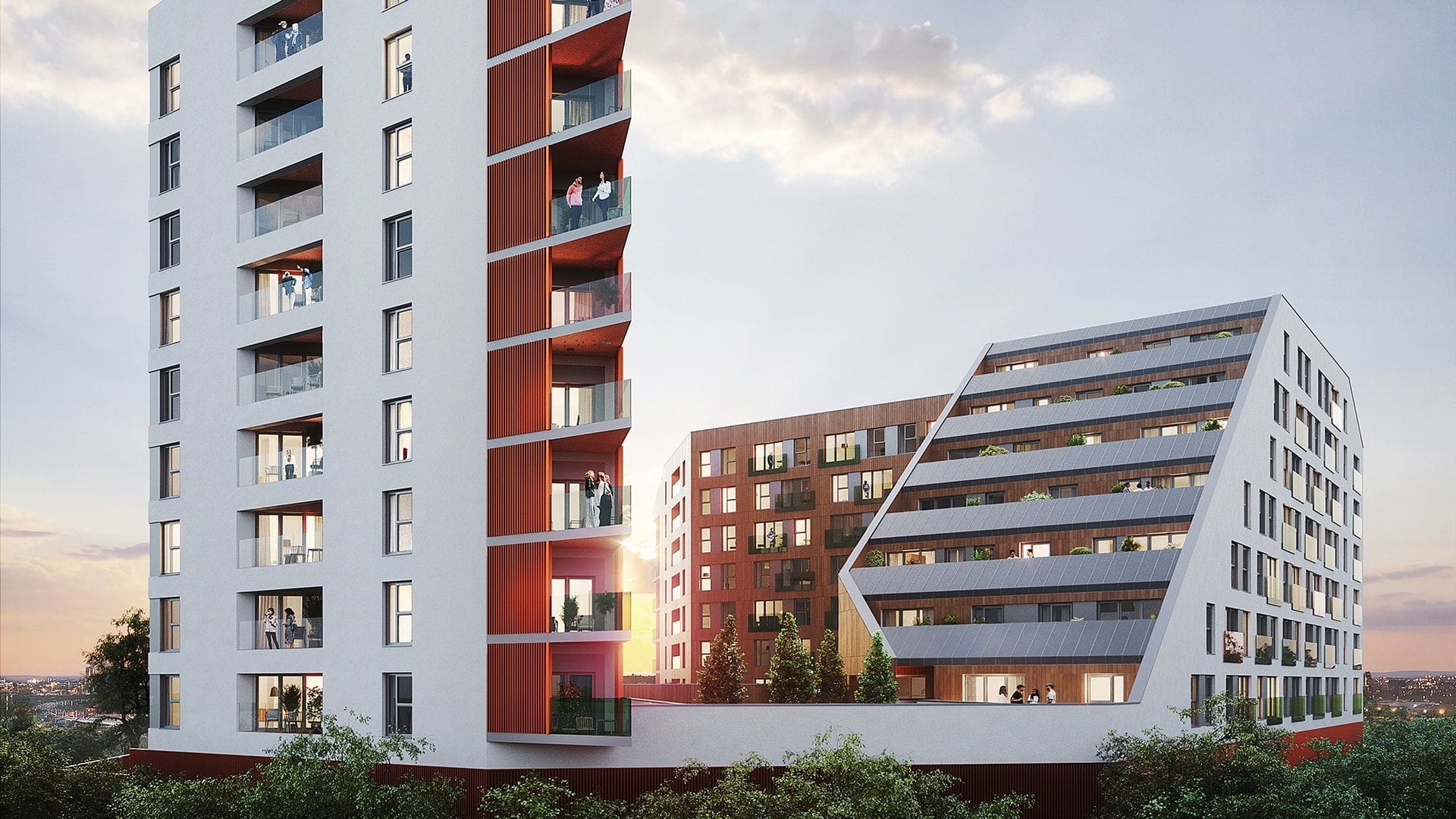 One of the most well-known names in the UK, Oxford’s universities are obviously central to its current success and future potential. The University of Oxford is the single biggest employer in Oxfordshire and employs nearly 14,000 people alone, all while attracting the best and brightest from around the world.

As you’d imagine, the student accommodation market is a common play in the city, with nearly 40,000 students attending the University of Oxford or Oxford Brookes University. For those looking at a more traditional property investment, consider the amount of graduates that go on to work in one of the most successful economies in the country.

According to a Demos-PwC report, Oxford is the top UK city for economic success and well-being, driven by incredible career opportunities in the health, education, research and technology sectors. The John Radcliffe Hospital part of one of the largest NHS teaching trusts in the country, while the Mini Plant in Oxford represents one of the city’s largest private sector employers.

With a population of around 175,000, Oxford is experiencing a period of rapid population growth, with forecasts suggesting it could grow by 15,000 people every decade. Consider that Oxford is also a top ten UK tourist destination with 526,000 visits a year and you have a clear example of rising demand.

Commuter destinations are always a popular choice with investors and Slough is one of the original commuter towns. Soon to have the added benefit of the Crossrail development, Slough’s current transport links means London and Heathrow are accessible in under 20 minutes. It’s population is filled with those working in the capital but looking for somewhere more affordable to live – making it a perfect market for a Buy-to-Let investment.

That said, Slough’s local commercial sector shouldn’t be ignored. Hosting some of the world’s biggest businesses including O2, Ferrari and Honda, Slough represents one of the most productive towns in the UK. With a GVA per worker of £82,000 – higher than the capital – Slough has an incredibly strong economy powered by a high-earning workforce. This alone demonstrates the power of a concentrated business hub and how emerging locations can exceed traditionally popular hotspots for productive output.

In terms of tenant demand, Slough’s population is expected to reach 151,762 by 2024, partly supported by the on-going London exodus. As more and more people look for residential accommodation in a town that is still experiencing undersupply, we’re seeing the potential of developments such as The Metalworks and New Eton House grow.

This translates into potentially exceptional rental yields, especially when we consider the relative affordability compared to nearby London. Rental prices have grown by 10.6% over the last year across the South East, putting the region’s annual rental growth much higher than London’s -0.2% decline.

Another UK location that boasts incredible connectivity, Reading is an emerging location in Berkshire. Set to have a direct rail link to Heathrow this year, plus the arrival of Crossrail delivering faster alternatives into central London, Reading remains a commuter town through and through.

By 2026, Reading’s population is expected to reach 574,000, far surpassing it’s current population of around 145,000. With the 5th most qualified workforce in the UK and one of the highest employment rates in the country, it offers plenty of consistent tenant demand for investors, supported by businesses including Microsoft, Oracle and Huawei.

In terms of economy and regeneration, Reading has an established tech background, cementing its position as one of the major players in the Thames Valley. There’s plenty of future development in the pipeline, including a £900 million investment into Reading train station and the local infrastructure, £50 million into the University of Reading’s Science and Innovation park plus a £20 million investment into a John Lewis flagship store.

This demonstrates confidence in the future of Reading for investment and are key contributors to its position on our list of best emerging places to invest in UK property in 2022.

Bracknell is the other major cornerstone of the Thames Valley region and one of the newest towns in the UK. Bracknell is a key alternative to the capital, especially for those looking for high salaried roles in its bustling tech economy. With a more affordable lifestyle but plenty of opportunity and surrounding beauty, it’s an emerging location in every sense of the word.

Home to around 120,000 people, Bracknell is one of the fastest growth towns in the country and forecasts suggest the population hitting 141,000 by as soon as 2039. Despite this huge expansion, Bracknell maintains an exceptional employment rate, with around 55% of its residents in Managerial or Directorial roles.

With property prices expected to rise by 17.5% and rental prices by 8% according to JLL, Bracknell is one of the key investment destinations in the South East – a region benefitting from those leaving London in search of space and affordability.

A major driver in this growth is the incredible Bracknell Town Centre Vision – a 20-year master plan that is delivering iconic new residential, commercial and retail spaces.  Worth around £770 million so far, the regeneration committed to the region is being split over four dynamic phases, creating new amenities and infrastructure for potential residents.

As the UK’s tech economy continues to race ahead of its peers, plus Boris Johnson’s assertion that it’ll be the ‘epicenter of global free trade’, there’s no doubt that Bracknell has a bright future ahead of it.

While it may not immediately spring to mind as an investment hotspot, Hull has been on a fierce upward trajectory since 2012.

Following the decision by German engineering company Siemens to build a wind turbine factory in the city, the economy has raced ahead of previous figures. Now known as a hotspot for renewable energy production, Hull has attracted huge names including Ideal Standard, BP and KCom Group.

While it has a history of being a major trading and fishing port, modern enterprises in the city are attracting workers from a diverse range of sectors, creating a commercial hub home to almost 10,000 businesses.

With a population of over 260,000 – the highest it’s been for 20 years – demand for the city is growing, boosted by it being named the ‘UK City of Culture’ in 2017. This title attracted more than five million people while also creating 800 new jobs and encouraging £220 million worth of investment, with the hopes it’ll drive more in the future.

Hull is named as one of our emerging locations because of the affordability it can offer. Hull is one of the most affordable places to buy in the country, with an average property value of £140,304. This means that yields in the area are strong, with peaks hitting around 9.2% in Aldermore research.

Derby is a leading city within the East Midlands, one of which offers everything from transport links to employment opportunities. The city has always been renowned for its rich culture and vibrant past, with it housing some of the country’s first factories and spinning mills.

Since setting Britain’s Industrial Revolution in motion, Derby has become known for its connections to many international companies, including Rolls Royce, Toyota and Bombardier Transportation. From being the 6th most productive city in the UK, Derby also has a strong student and graduate demographic, with 48% of its entire population being under 35.

The growth of Derby’s population in recent years – which is set to surpass 312,000 by 2037 – is driving the city to new heights. As the city’s profile expands, more regeneration schemes and housing solutions are being introduced, with the 2030 Derby City Centre Master Plan set to leverage £3.5 billion in investment in the coming years. While the city will also see additional 11,000 new homes, it’s unlikely that this supply will satisfy tenant demand.

Derby has long been a hub for transport, with air, road and rail access across the country. Not only do these connections bring more than 6 million people within an hour of Derby, but the HS2 station at Tatton will only raise the profile of the city further. Condensing the commute to many major UK cities, such as London, Birmingham and Leeds to less than 55 minutes, Derby could soon become a hotspot for both inward and outward commuters.

When is Best to Invest in an Emerging Market?

As always, this question relies on several factors personal to you such as: your aversion to risk, your investment strategy and how long you’re looking to hold your investment.

Fundamentally, the best time to invest in an emerging market is as early as possible, so you can maximise both savings and growth over the long-term.

At the same time, if you’re investing in an Off-Plan property – which is usually the case when it comes to emerging markets – you need to make sure you’re comfortable with your money being ‘tied up’ during the build period.

While this can be one of the best ways to invest in an emerging market, it doesn’t offer immediate returns, although your investment is arguably growing in value.

We’re big believers in not timing the market but focusing on time in the market. Maximising the returns from a Buy-to-Let investment property all relate to how long you hold on to it, not getting in and out at the right time.

This means that – as with any investment – you’ll invariably see peaks and troughs. Past performance has shown us, however, that your emerging market should continue to grow in value, provided you’ve done your research and due diligence.

Invest at The Grand Exchange 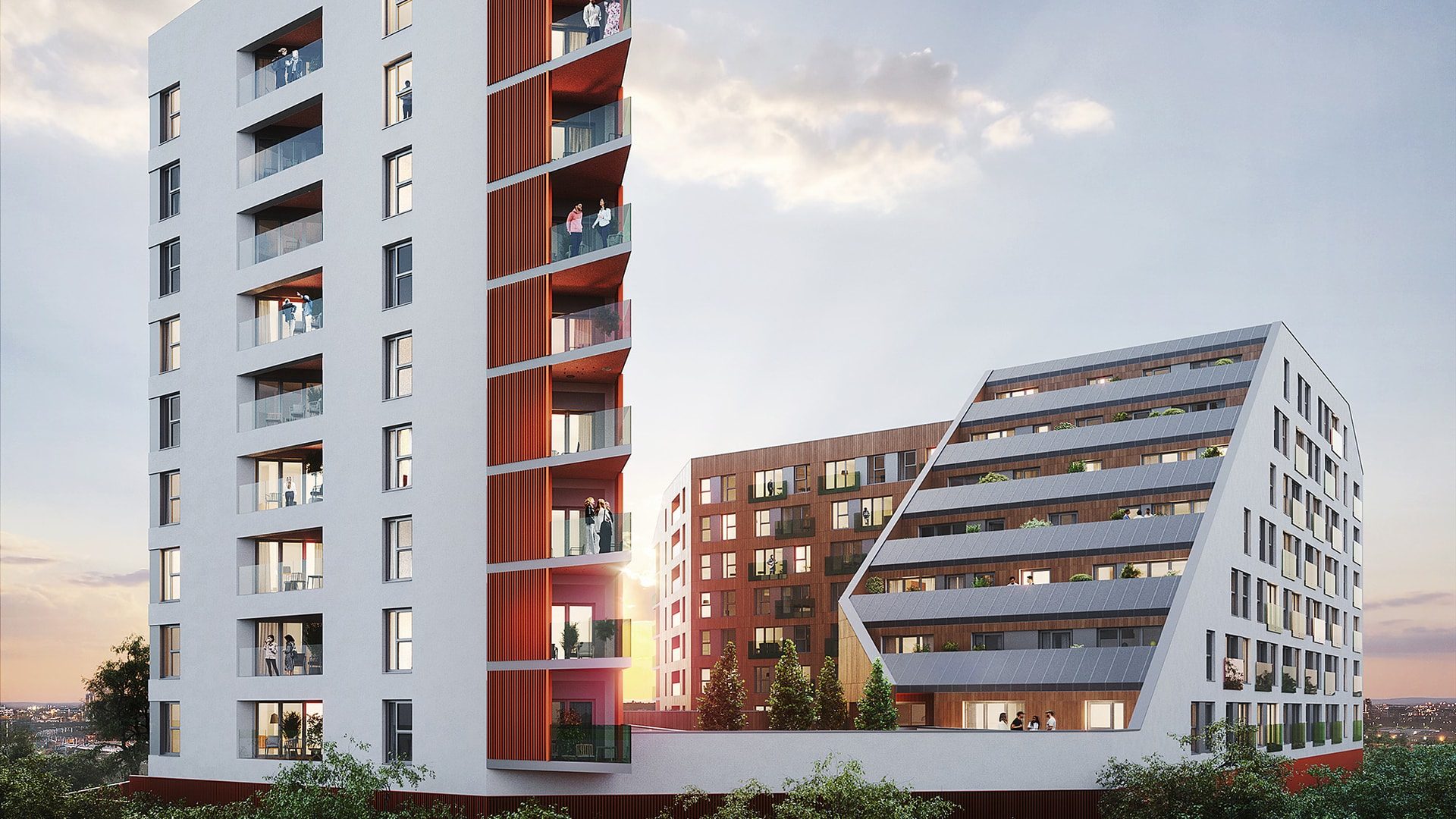 Regeneration could be considered as anything from a new transport link to a new mixed-use office space. Provided the redevelopment offers some value to a resident, it has the potential to boost property values in the surrounding area.

For investors, this has the tangible effect of higher property and rental values but can also result in fewer void periods or more long-term tenancies, which are harder to physically measure in the short-term but no less useful.

This is why we’ve invested within Bracknell, which itself is working through a new period of regeneration. With nearly £770 million committed to redeveloping the town, we’ve already seen the introduction of The Lexicon which has revolutionised the retail space.

The ‘Bracknell Vision‘ project doesn’t stop there however. With plans in motion to renovate The Deck and Princess Square, plus the development of The Grand Exchange, it’s expected that the local population will continue to grow as people flock to the new amenities available.

This means that – as with any investment – you’ll invariably see peaks and troughs. Past performance has shown us, however, that your emerging market should continue to grow in value, provided you’ve done your research and due diligence.