Why Invest In Birmingham Property?

Are you looking at Birmingham Property Investments? As the UK’s second city, Birmingham is undergoing mass regeneration, has global popularity and huge inward investment. Birmingham was also ranked one of the best cities in Europe for investment prospects in the PwC and Urban Land Institute Emerging Trends in Real Estate report. Here’s why you might want to invest in this amazing city.

The UK’s second city ranks as one of the most popular in Europe in which to invest – higher than London – and is currently attracting £billions of investment into citywide retail, commercial and residential space, and infrastructure projects.

Global businesses such as HSBC, Deutsche Bank and PwC are choosing to relocate their headquarter offices to the city and the city has demonstrated its global appeal by winning the bid to host the 2022 Commonwealth Games.

Using a strategy of targeting key areas for investment, Birmingham has developed the largest professional services hub outside of London, demanding the attention of both domestic and foreign investors that are looking to expand and take advantage of a much wider client base. As such, demand for city-centre living is high and house prices in Birmingham are increasing faster than any other English city.

As an investor, this is an ideal time to sow the seeds of a fruitful investment into prime city-centre residential property with a Birmingham property investment. 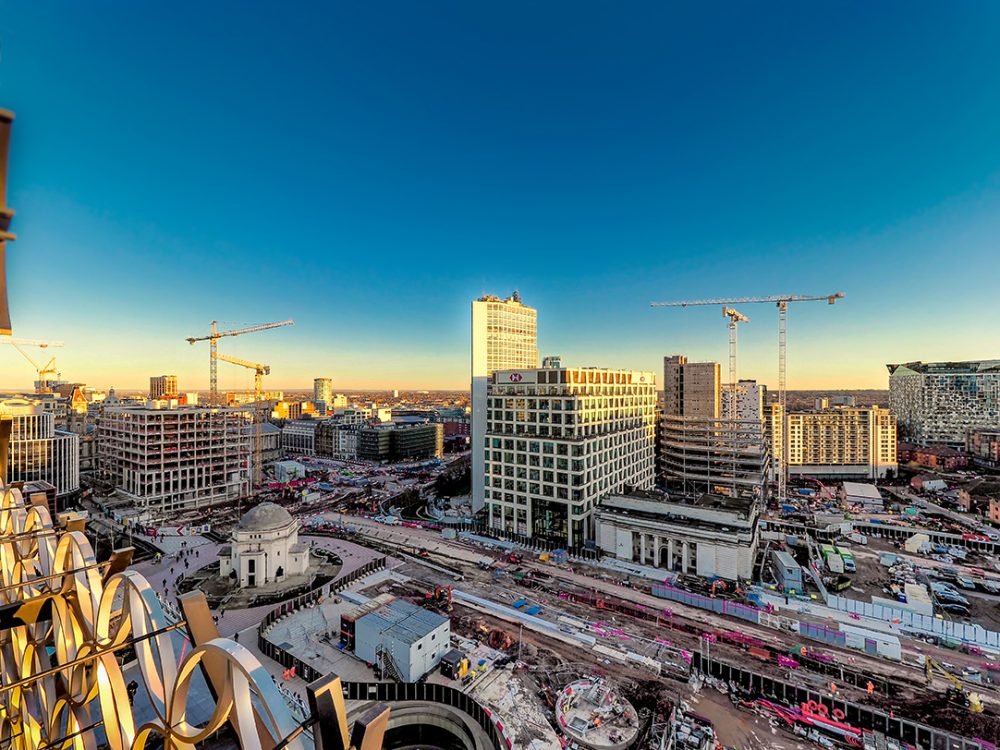 Birmingham has an economy of £28.1 billion, which is recorded as the strongest outside London, and the city continues to grow as one of the strongest performing economies in the UK.

In 2017, a study found Birmingham to be the most improved city in the UK to live and work. The city was awarded this status due to falling unemployment and a wave of investment and regeneration projects, as well as being named as having the highest standard of living of all UK regional cities.

One of the biggest stories about the property market is the rate at which regional cities are improving. As London continues to see declines (falling to -6.8% since the same time last year), cities such as Birmingham, Nottingham and Manchester are improving.

Birmingham property investment retains its place as the leader for year-on-year growth in the top five, as house prices have shot up by 6.6% since last year. This is just one example of the way in which regional cities are stepping into the spotlight, enjoying the fruits of increased investment and affordable living costs. 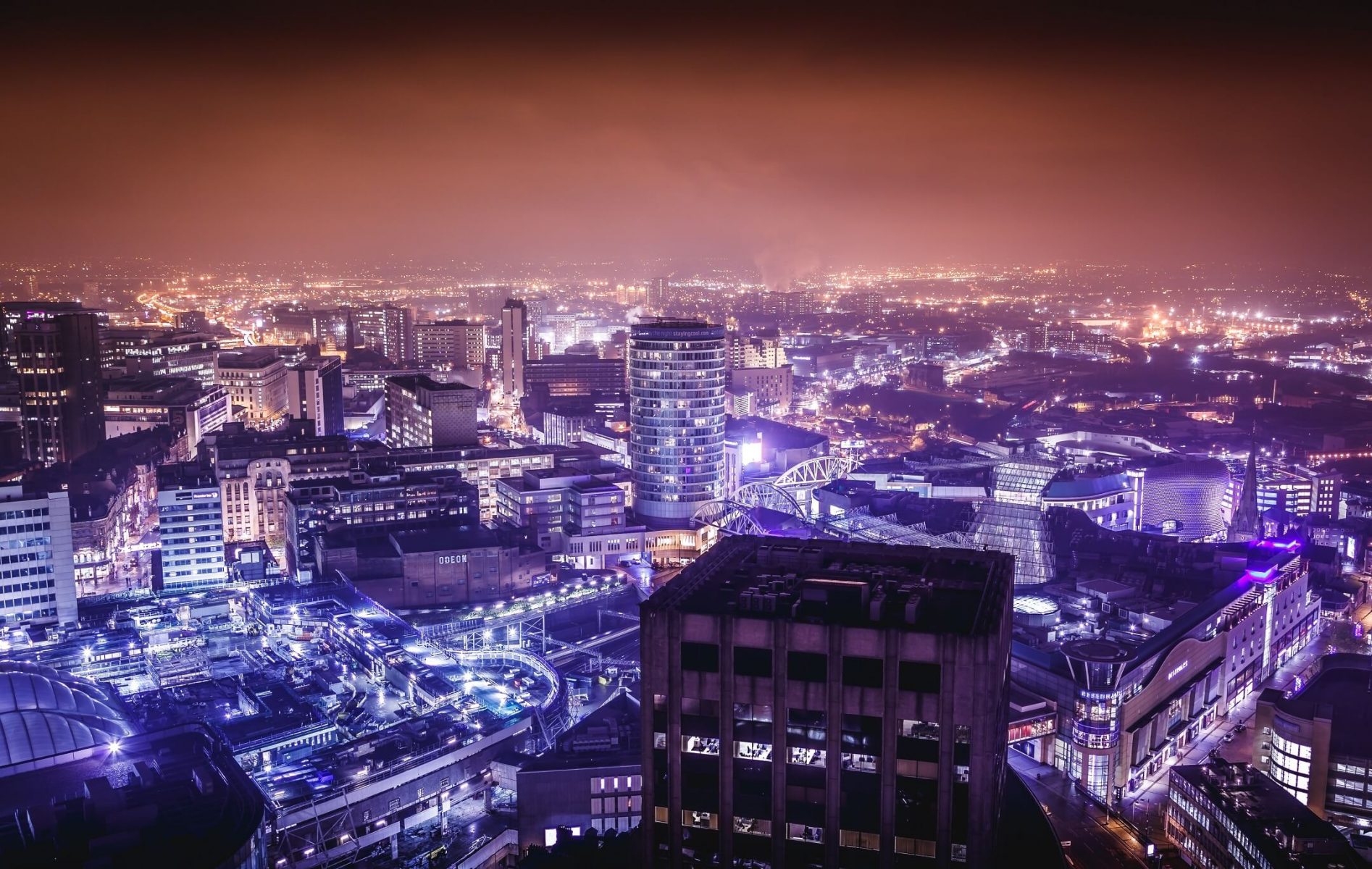 Rental Demand and Yield in Birmingham

Birmingham has a rising population and is expected to grow from 1,141,400 (recorded 2018 mid-year population estimates.) to a total population of 1.3 million by 2039. With the demand for quality city centre living remaining high, residential undersupply is a very real threat which creates a more competitive market for any property that is available.

With 64.3% (731,500) of working age, Birmingham is also Europe’s youngest city; out of the city’s current population of 1.1 million, 45.7% is estimated to be under the age of 30, including around 65,000 students across five universities and two university colleges. This means businesses (and indeed residential landlords) moving into Birmingham have access to a vast pool of qualified and ambitious graduates looking to rent with quality living standards. 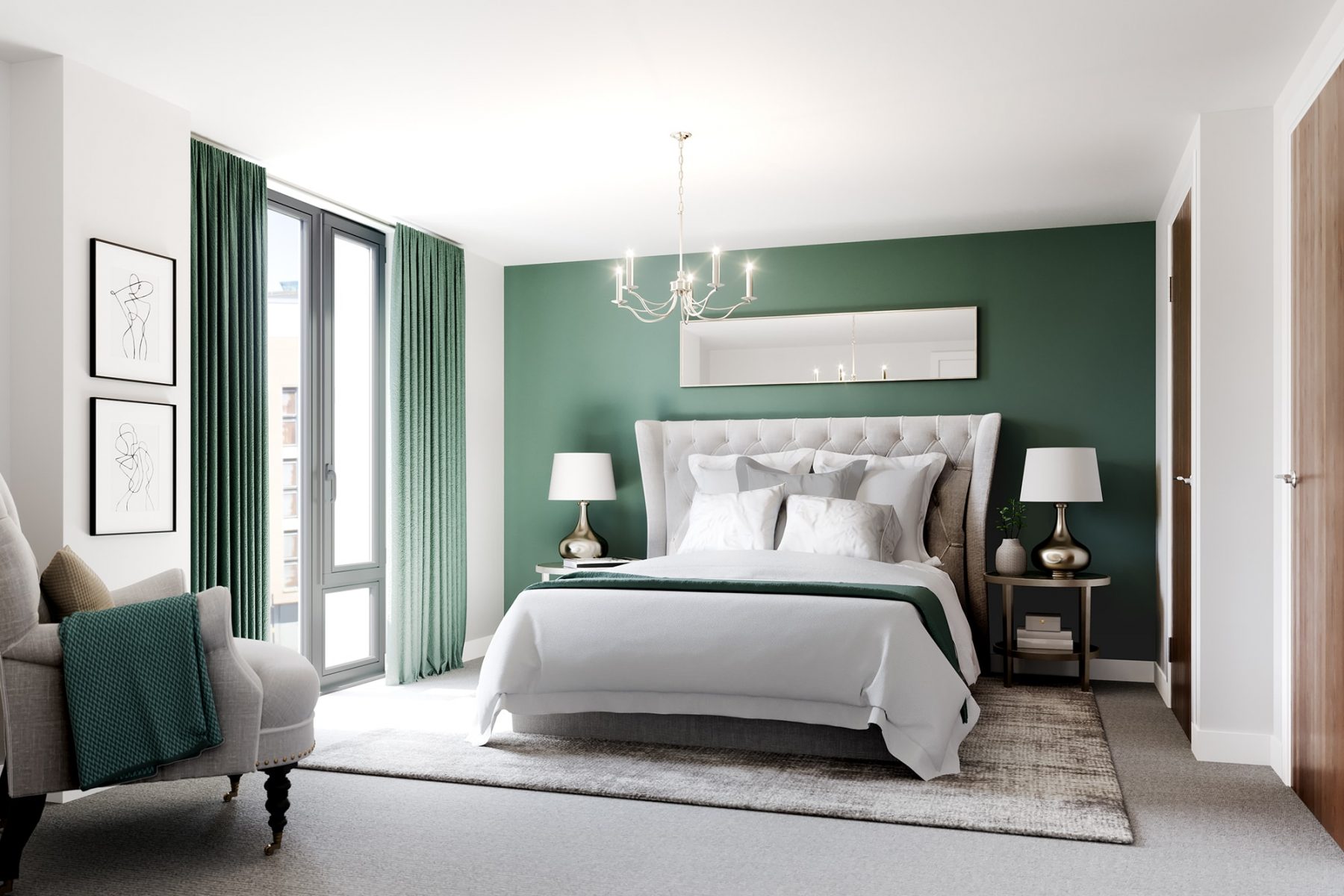 Why invest in Birmingham Property 2020?

Where to invest in Birmingham 2020?

Europe’s largest infrastructure project, worth £56 billion, is set to land in the centre of the UK’s second city in 2026. Not only will this ambitious project – the largest in Europe – see travel times between Birmingham and the Capital slashed to under one hour, increasing accessibility to jobs for City commuters, but it also brings with it a £1 billion regeneration project to the Eastside area of Birmingham where the station is planned. HS2 has already delivered 9,000 jobs in total with 7,000 of those placed in Birmingham. The project is expected to provide a further 100,000 in total.

Its £500 million development plan will see the site completely transformed into a vibrant retail, leisure and residential destination, with more than 100,000 sq. metres of floorspace and plans for 1,000 new homes. The project is expected to create 3,000 new jobs and add £470 million GVA to the local economy.

As Birmingham’s most significant development in a generation, this £700 million project, which is well underway, will introduce 1.8 million sq ft of new grade A office space, retail, leisure and a circa 250-bedroom hotel into one of the most central parts of the city centre.

Crucially it will also open up the gateway between the city centre and Birmingham’s Westside area of the city, which is home to Brindleyplace and Deutsche Bank, the Library of Birmingham, Birmingham Symphony Hall and ICC and the new Arena Central development.

One of the UK’s ‘big four’ financial services firms, PwC, has already agreed a pre-let for the entire eight-storey building at One Chamberlain Square – the first building set to complete as part of the project in 2019. The wider project is set to complete in 2026.

Arena central sits close to the Paradise development and a stone’s throw from Birmingham’s popular Mailbox district. Another landmark development for Birmingham, this will be the site of the new HSBC UK headquarters and in 2017 earned the city’s biggest pre-let in a decade from the Government – an entire 240,000 sq ft building to house a number of its services, including the Midlands regional hub for HMRC.

Birmingham’s global appeal doesn’t stop at infrastructure, real estate and residential investment. In December 2017, the city was announced as the new host for the 2022 Commonwealth Games, following Government backing for its bid in September.

The largest sporting event for the UK since the 2012 Olympics in London, the 2022 Commonwealth Games is set to shine a huge global spotlight on the city and generate an estimated £750 million boost to its economy.

Central to the UK

Birmingham’s position at the heart of England makes it the most connected city in the UK, with all major cities, including Edinburgh, Manchester and London, currently reachable within less than four hours via road, rail or air.

This plays a major part in the city’s ever-growing attraction as a hotspot for business and manufacturing, feeding into the city’s continued economic success and encouraging higher levels of Birmingham property investment.

As a region, the West Midlands is overperforming. It saw workforce jobs increase by 110,000 last year, one of the biggest rises in the country. Birmingham has also seen its number of active businesses increase by 13%, three times the UK growth rate.

The most enterprising city outside London

Birmingham’s youthfulness and central location are also two very strong reasons why the city has, in recent years, consistently produced more new businesses than anywhere else outside London. In 2016 Birmingham saw 17,473 new businesses start up in the city, far surpassing any other regional city.

It’s this level of strong inwards investment that creates the perfect storm for tenant demand. Birmingham has been the most popular destination for professionals and families leaving the capital for the last three years, attracting young workers who are looking for an affordable alternative to London without compromising employment opportunities.

Considering all the current and planned development activity and incoming investment, there can be no surprise that Birmingham also topped the list for house price growth in 2017, with an uplift of 7.5% on average – the highest in England and second only Edinburgh across the whole of the UK.

With average house prices across the city centre still at a relatively affordable rate of £197,461 (source: Rightmove) – £10,000 less than Manchester and more than £500,000 less than average price across the whole of London – and commercial investment showing no signs of slowing down, Birmingham still has plenty of scope for more growth.

Couple this with the city’s continued undersupply of available homes to meet demand, Birmingham provides a highly lucrative investment opportunity for residential landlords.

Birmingham is currently seeing more inward investment than any other UK region, and as a result, the city is growing fast. Birmingham grew by over 100,000 between 2006 and 2016. 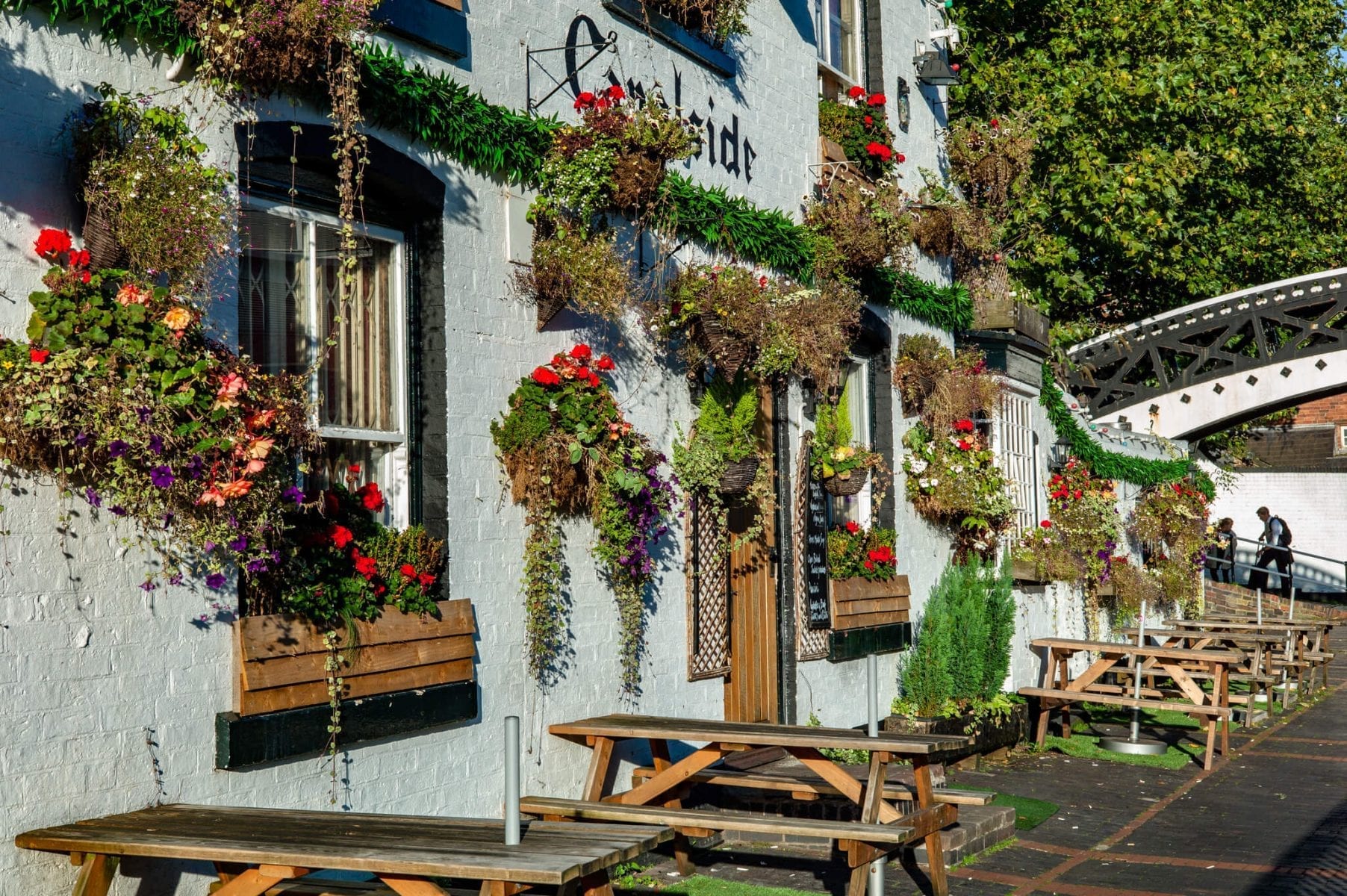 Taking place 27th July and 7th August 2022, Birmingham 2022 will attract over 1 million spectators during the games, giving a massive boost to the local economy of Birmingham. This will create a wealth of opportunities including in the property market with over 1,400 new homes in Perry Barr being built acting as the athletes village. 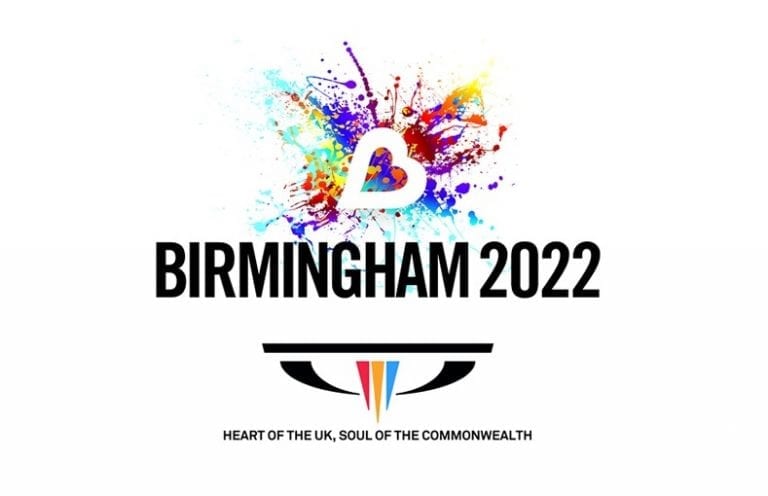 Ranked according to growth potential, current and future demand, affordability and price growth, we rated Digbeth the best place to invest in Birmingham 2020.

‘Digbeth tops our list for 2020 due to its future potential over current statistics. Whilst the more established central ‘hotspots’ such as the Jewellery Quarter, Edgbaston and Harborne benefit from higher average house prices and marginally higher growth over the past 10 years, there is significantly more space for future growth and regeneration in Digbeth, which is exactly what is planned for the area.

‘Digbeth is within walking distance of HS2’s Curzon Street Station, the existing Moor Street and New Street stations, the main city shopping area and of course is the heart of the city’s emerging Creative Quarter. That’s not forgetting its already been dubbed the ‘coolest place to live in the UK’ by The Times and is subject to more than £2billion of planned development projects over the coming years, including the Birmingham Smithfield masterplan and long-awaited Connaught Square development. 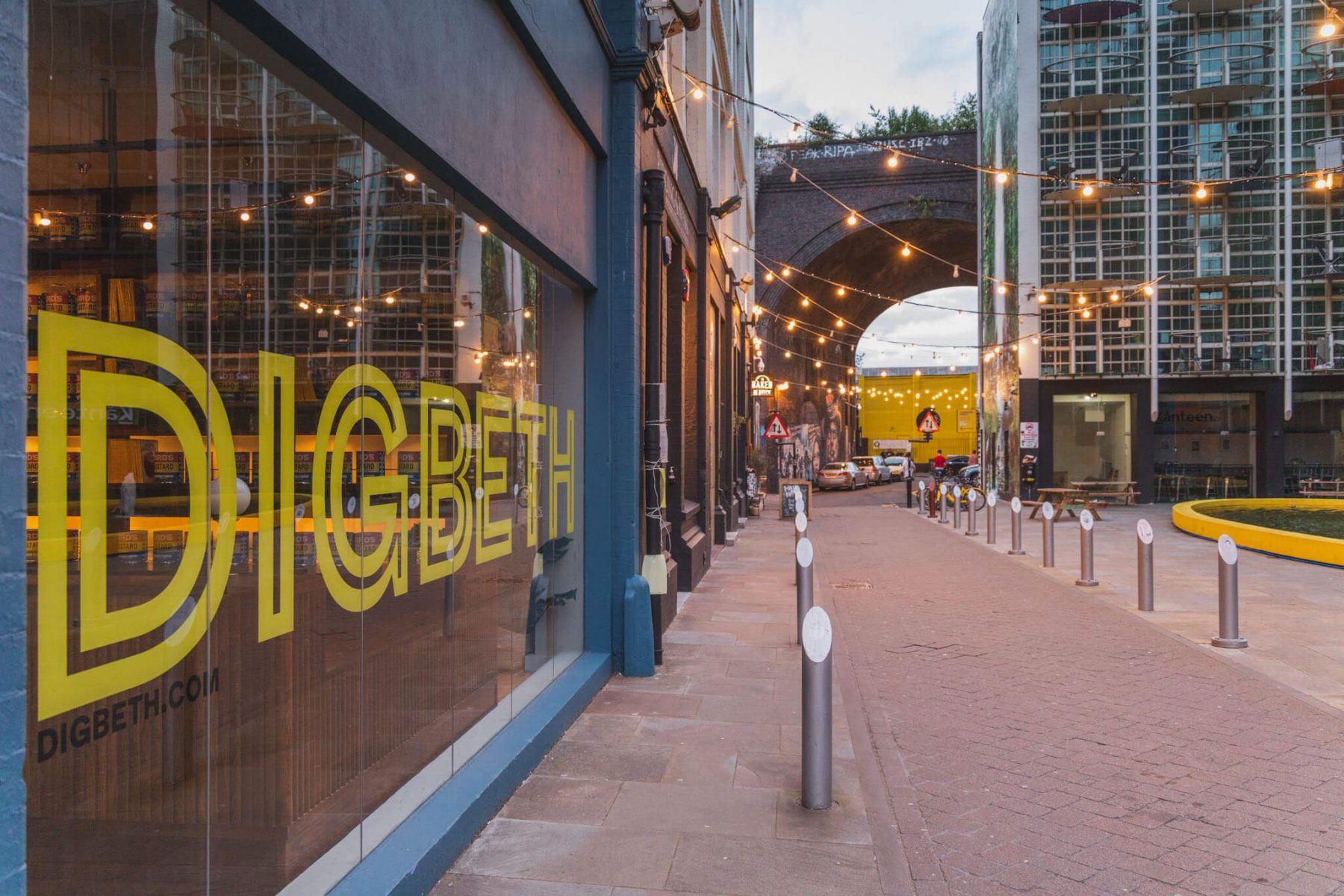 One of the big predictions for next year is Build to Rent and how that sector will grow in popularity. The Birmingham Private Rented Sector is already forecast to grow but with such high tenant demand, there seem to be considerable foundations for growth in professionally-managed Build to Rent opportunities. With 1,500 Build to Rent apartments currently under construction, there are plenty more forecast for the future. As the rental sector grows to new heights, expect Birmingham property investment to skyrocket in popularity.

Commercially, predictions relate more to rental and occupier growth. As schemes that are currently underway begin to complete and inwards investment continues to occur, you can expect a large increase in rental thresholds with original boundaries being achieved by 2019. With global businesses finding success after moving headquarters, other potential occupiers will be using that as evidence to make a similar move and take up prime space created within the core.

The Best Places to Live in Birmingham

The Best Places to Live in Birmingham

How Birmingham’s Growing Young Population Will Impact the Rental Market

How Birmingham’s Growing Young Population Will Impact the Rental Market

Investing in the UK Property Market During Coronavirus

Investing in the UK Property Market During Coronavirus

Covid-19 Impact on the Global Appetite for UK property

Covid-19 Impact on the Global Appetite for UK property

What is the Most Desirable Property Type in Birmingham?

What is the Most Desirable Property Type in Birmingham?

Stay Ahead of the Market:
Request SevenCapital Development Details

Speak to our Local Investment Experts