Discover the rental yields in Birmingham for 2022 and how rental prices are expected to change over the next year, as new amenities and high levels of demand supports rising Birmingham rental yields.

Driven by a combination of new developments and inward investment from local government, Birmingham is experiencing unprecedented levels of demand and a wave of new amenities. This has cemented its position as the top alternative for London leavers while also attracting ambitious professionals from around the country.

Naturally, this has led to an increase in rental prices. With property prices still relatively low compared to competitors, rental yields in Birmingham for 2022 are averaging 6.56%, according to data from Zoopla. This is significantly higher than London at 2.90% and even the UK average itself.

Looking ahead we can see that these rents are expected to rise even further. JLL research suggests that rental prices in Birmingham could increase by 12% over the next five years  – the highest level of growth in the country.

This is likely due to the city’s incredible regeneration schedule over the next 20 years. Birmingham is blessed with a number of high-quality developments in its personal pipeline and projects such as HS2 could have a transformative impact on the city’s potential as a commuter hotspot.

With the Commonwealth Games around the corner, there is plenty of opportunity for investors in Birmingham property to use the momentum of the event to take their investments one step further.

Want to invest in this prime investment location? Discover developments in the leading UK city for property investment. 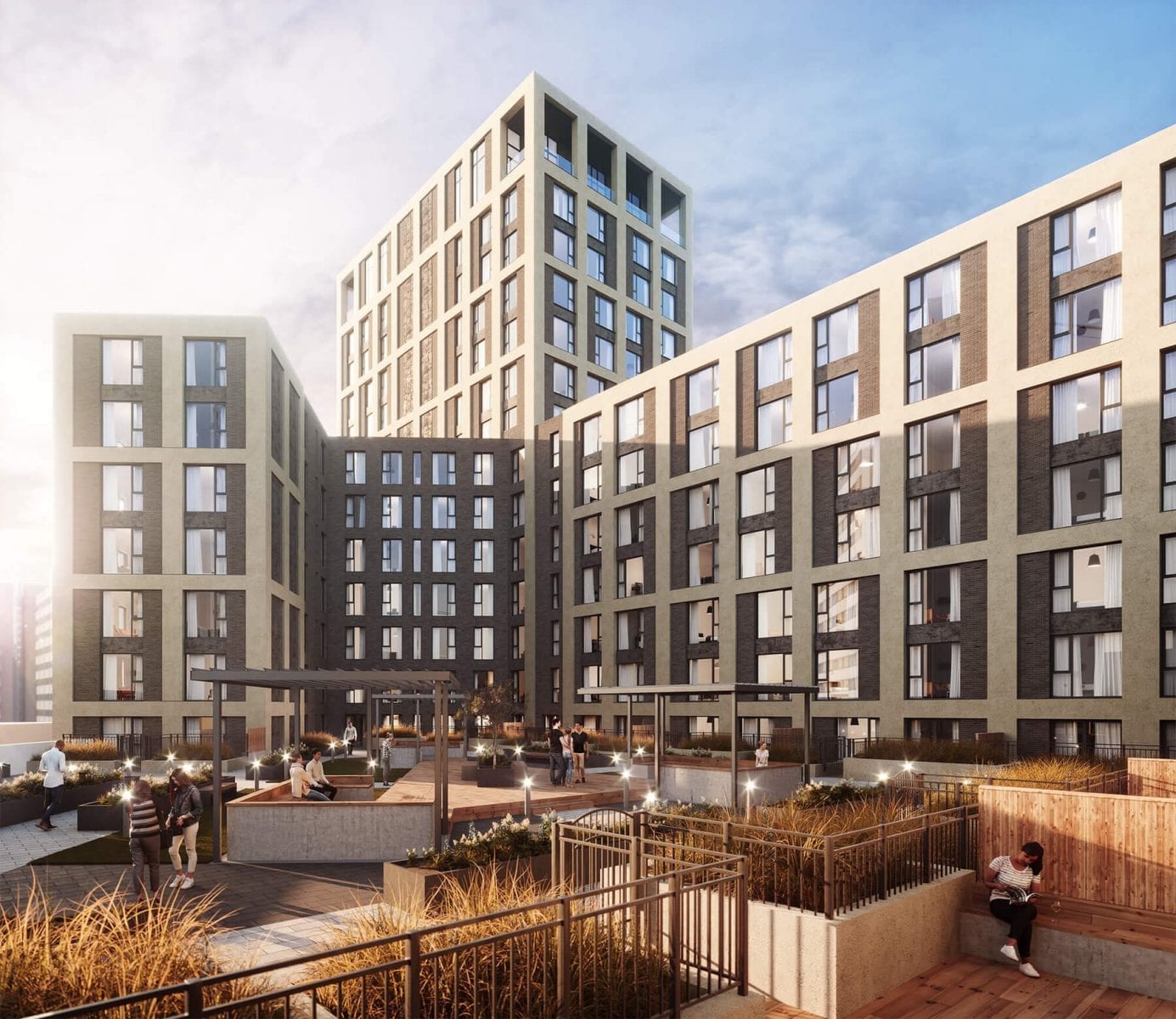 Like with any city, some areas of Birmingham perform better than others. The differences in both rental yields and property prices can be attributed to several different things, from supply and demand to inward investment.

While this is reflected in Birmingham’s 2022 property predictions, the city is still forecasting strong yields and competitive prices as a whole, many of which surpass the UK average. Below are some of the top Birmingham rental yields:

What is Driving Rental Yields in Birmingham?

Birmingham is a popular location for investors because it’s a prime example of a market that can offer the high-end city-centre lifestyle without the price tag. Home to incredible career opportunities, resident amenities that support tenant demand and a fantastic nightlife, Birmingham rental yields are high because the city is both popular with tenants and able to command the rental income to support above-average returns for investors.

While it has always been known as the ‘second city’ when compared to London, there’s no doubt that since 2016, Birmingham property has led the way. While London’s property market has struggled with incredibly high prices and struggling rental yields, cities such as Birmingham have steadily reinvented themselves as prime investment destinations.

Birmingham maintains relatively low property prices compared to London – £214,696 vs £648,942 – despite a 39% rise in prices over the past 10 years. Paired with a 28% increase in rents in the same period, the city has been delivering both exceptional yields and competitive growth for the better part of the decade, and with many new projects on the horizon, the potential of the city only rises.

HS2, for example, would open up Birmingham to a whole new London market. With the city effectively becoming a commuter hotspot overnight, the potential for a much higher tenant base would drive demand. At the same time, the improvements to infrastructure and new amenities springing up around the city is providing the support for that increased demand.

Future developments, on the other hand, demonstrate the confidence that both local government and investors have in the city. Projects such as Birmingham Smithfield, for example, demonstrate a tangible example of Birmingham’s future and how it’s being shaped by regeneration. As a new destination, Smithfield is expected to deliver 2,000 new jobs and 3,000 new homes by the time it completes.

What is the best property for rental yields? It’s a common question amongst investors and for good reason – understanding the property type that can deliver the best yields can be immensely helpful during the research phase.

Always remember that these figures represent a gross yield, not a net yield. To work out your net yield, you would need to factor running costs into your investment. As you’d imagine, these costs could change depending on size, the amount of properties or even the strategy you employ – such as a property with multiple occupants or a single-let.

That said, these gross yields do offer a great baseline for past performance across the UK and represent a great snapshot for investors researching locations at a glance.

Looking to find the rental yield of your next investment? Our rental yield calculator can do the hard work for you, just enter your expected property price and rental income.

Avoid the Voids – What Will Affect Your Rental Yield?

Rental yields are easily one of the most sensitive metrics in an investment as they’re impacted by a multitude of factors.

Typically, yields will be mainly driven by demand and the popularity of your chosen market. This obviously means that proper research is key. As an investor, you should be maintaining your due diligence and considering how your investment could perform now and how it may perform going forward.

In terms of researching external factors that could impact investment, you’ll want to consider nearby career opportunities, potential redevelopments, residential undersupply and transport links with other popular markets.

You should also consider the tenant demographic that you’ll ideally be targeting. If you understand the tenants that are likely nearby, you can adopt a strategy to take advantage of that. Consider this, if you’re investing in an area with a heavy student population, you’re more likely to consider a HMO than somewhere that doesn’t.

Finally, if you’re looking to avoid issues further down, consider a ‘rainy day’ fund. Excess rental profits can create a fund to tide you over during damaging void periods. Voids can be incredibly dangerous when multiplied across a portfolio, so having a safety net can be a lifesaver for many investors.