Why Invest in the East Midlands?

Many areas of the UK are on an upward trajectory, but the East Midlands is leading the way. Paired with a strong past performance of property growth, the future of this region is making the East Midlands an investment hotspot. Looking for a potentially lucrative Buy-to-Let area in the UK? Read on to find out why you should invest in the East Midlands.

Rental Yields in the East Midlands 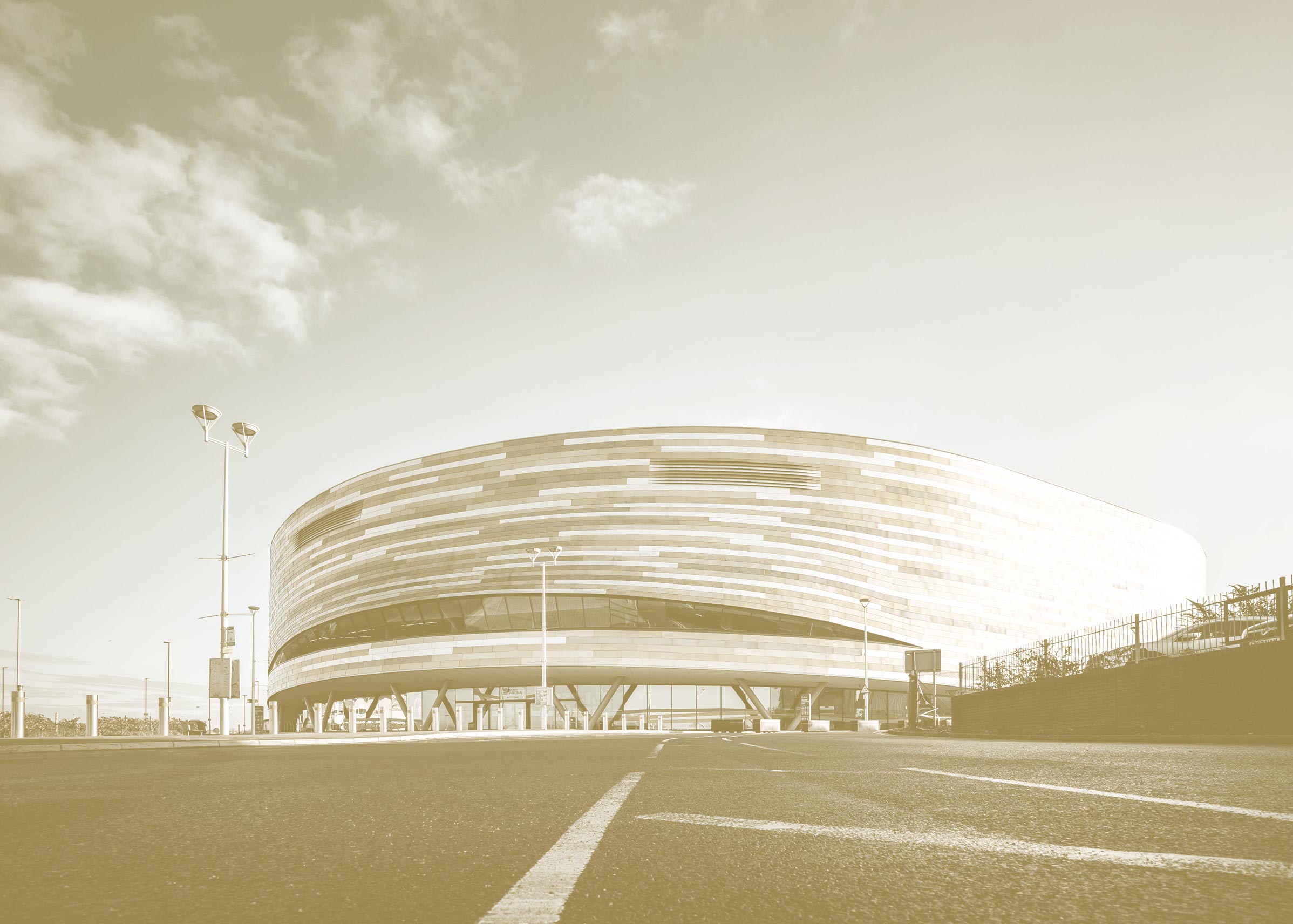 The East Midlands is at the heart of the UK, and with connections across the country, the region is growing in popularity. Despite this rising demand for property, prices across key cities, including Derby, Nottingham and Leicester, remain relatively affordable when compared to UK averages.

While the average UK property price is now surpassing £340,000, the average house price in the East Midlands sits at £242,334, despite considerable growth in recent years. However, the likes of Derby is even more affordable in comparison, with an average property price of £235,141.

These affordable prices across the region means the East Midlands still offers competitive rental yields on Buy-to-Let properties, many of which surpass the UK average of 3.80%. More specifically, Nottingham rental yields are currently reaching up to 5%, closely followed by Derby which sits between 4.80%-5% and Leicester with competitive yields of 4.1%. 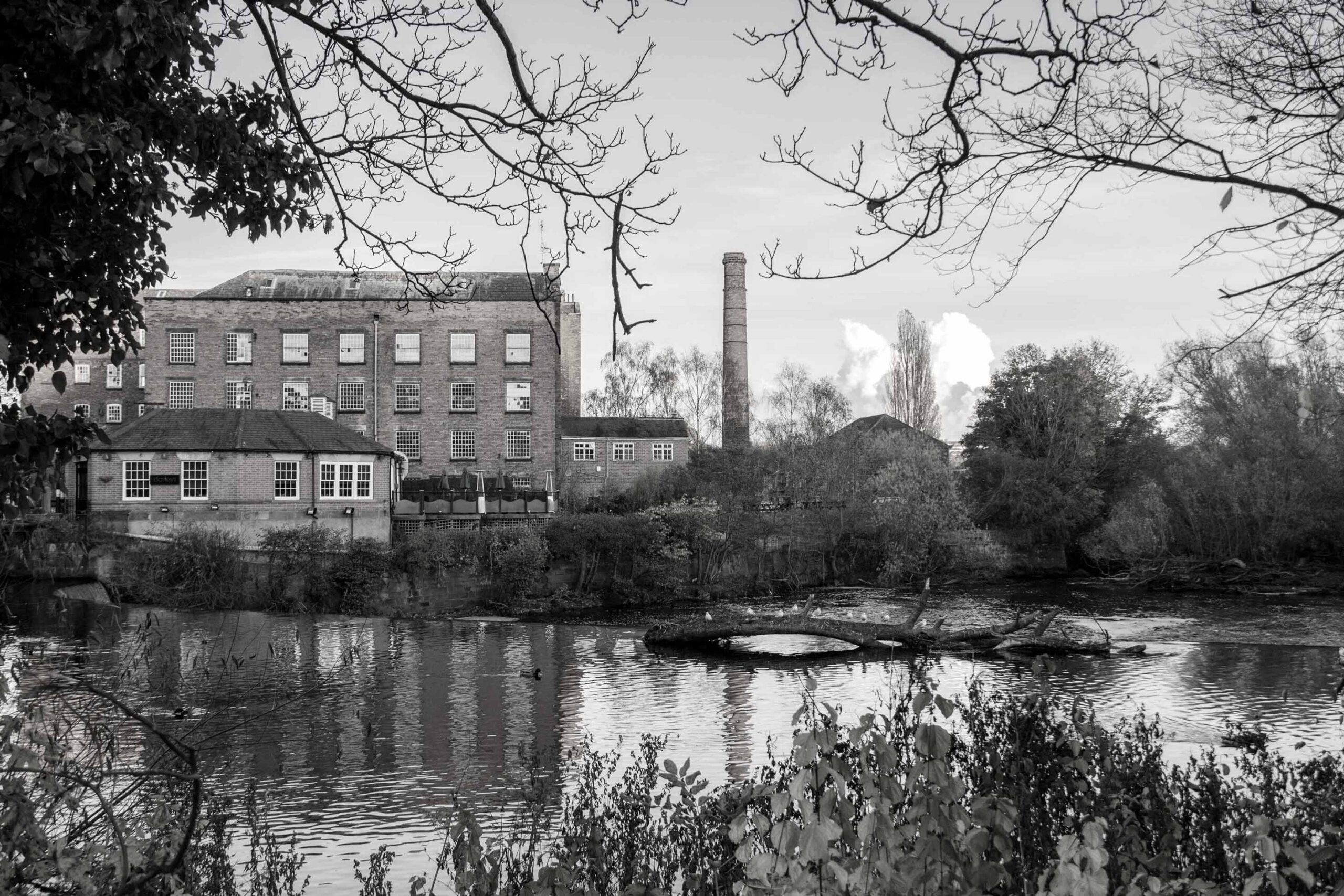 The rise of the East Midlands in recent years has been at the root of its property growth, with house prices not only outpacing many UK regions, but already surpassing forecasted averages for 2022. According to the PwC UK Economic Outlook, the average property price across the East Midlands was expected to reach £214,000 next year, considerably less than current prices.

2020 has been recorded as one of the most successful years in history for the East Midlands property market, characterised by a 67% increase in sales in certain cities and a 17% rise in enquiries from London leavers.

Offering prospective buyers opportunities for employment and leisure, as well as exceptional value for money, the likes of Nottinghamshire, Derbyshire and Leicestershire have experienced the most notable rises in prices across the region over the past 12 months.

More specifically, annual growth in property prices within Leicestershire peaked at 4.2%, while Nottinghamshire and Derbyshire reached highs of around 3.5%. With a proven past performance signifying the potential of the region, increased investment in the East Midlands is likely to propel this further. 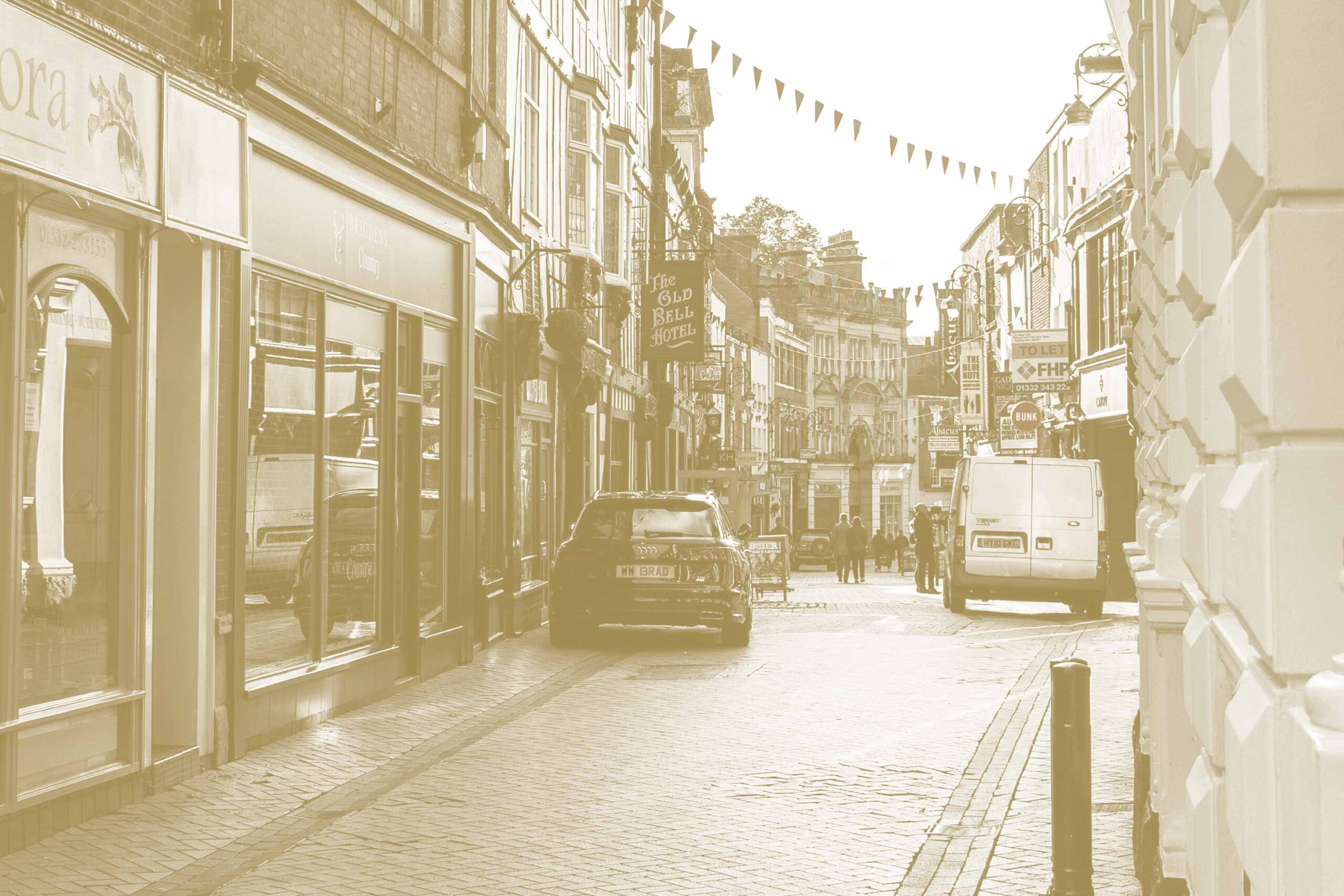 Renowned for its manufacturing industry, the East Midlands is set to continue strengthening these connections in the coming years. Derby houses some of the biggest manufacturing companies in the UK, with both Rolls Royce Aerospace HQ and Toyota based in the city.

While the manufacturing industry alone employs over 45,000 people across Derby, the city as a whole has seen around 4,500 new jobs created over the past three years, significantly boosting the employment opportunities in the East Midlands more generally. With a growing presence of highly skilled employees across various different sectors, it’s no surprise that Derby is the 6th most productive city in the UK.

Although Derby leads the way as the leading city in the East Midlands for employment opportunities, many international businesses have chosen Leicestershire for their UK headquarters. From Sytner Group, to Next, the connectivity and affordability of this region is, evidently, a strong incentive for both employees and employers.

On a quest for more space and increased affordability, the shift in tenant demand in 2021 has been revolutionary for the Buy-to-Let market.

With the likes of the Midlands and the South-East leading the way for demand and subsequent growth, investors are now finding property goldmines in places they never expected, Derby being one of these.

Derby has long been quietly thriving in the East Midlands, but with the increasing permanency of these tenant demands, the city’s time in the spotlight is imminent.

Combined with the opportunities within the market for investors, there is no better time to explore one of the most underrated regional markets in the UK. 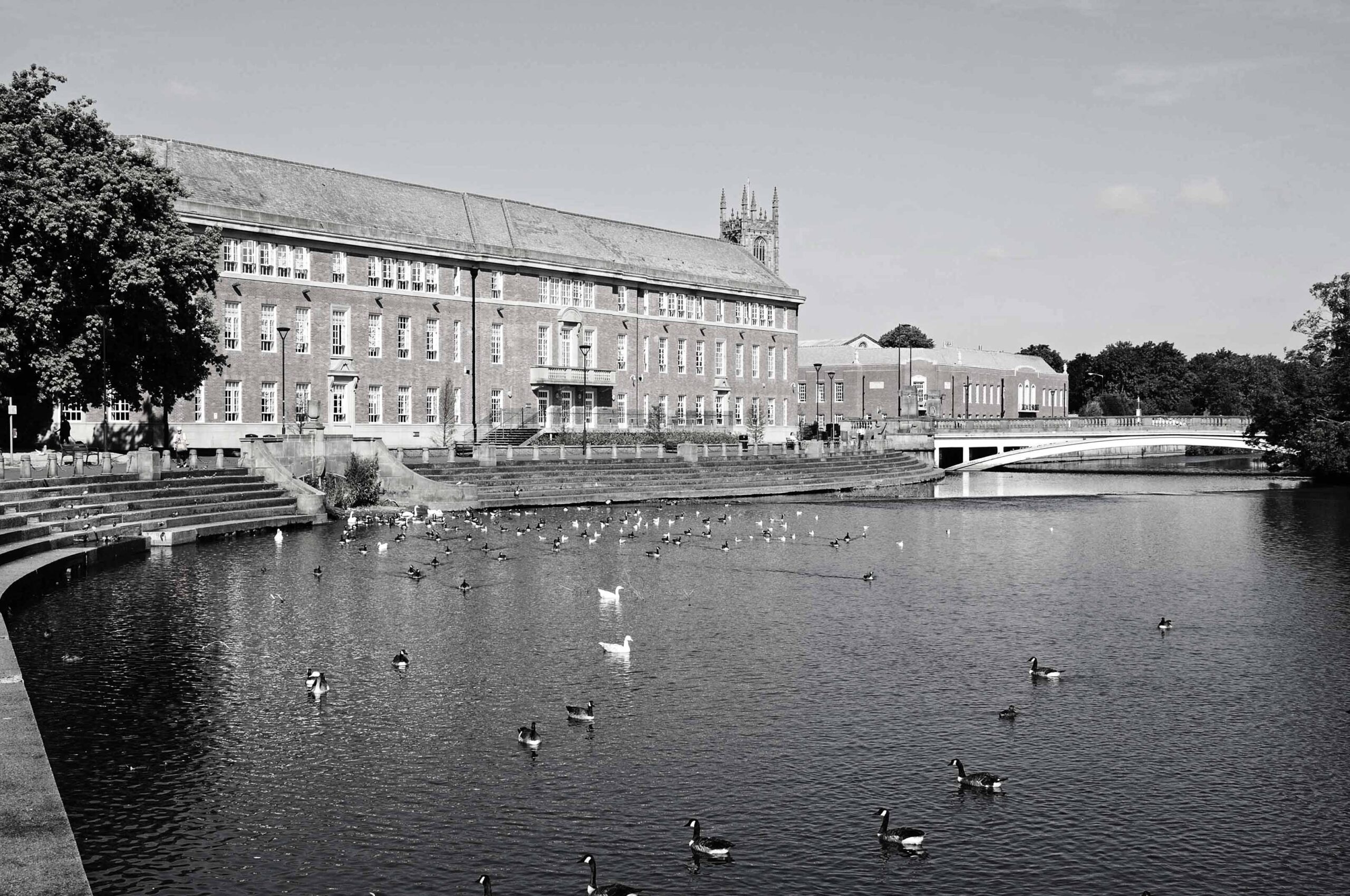 Being the nucleus of the UK brings with it many opportunities, the majority of which are heavily linked to transport. With key towns and cities in both the North and the South easily accessible, the East Midlands has plans in place to build upon this further.

The East Midlands Airport is considered a major transport hub within the UK for its flights across Europe. Located conveniently between core cities across the East Midlands, this airport is not only accessible for those living within the region, but also for the remainder of the UK.

As well as housing a major UK airport, the East Midlands has a rail catchment of over 800,000, which is expected to continue expanding with the completion of HS2. This rail project is arguably one of the biggest in the country, and will eventually combat the North/South divide with direct trains between the two.

As part of these ambitious plans, there will be a HS2 hub at Toton, between Derby and Nottingham. In shortening the journey to London to just 52 minutes, this will open up a plethora of employment opportunities for both inward and outward commuters.

With the commutes to Birmingham, York and Leeds also becoming 35 minutes or less, this increased connectivity will offer tenants and homeowners across the UK more choice when choosing a home that’s within commutable distance of their job. As a result, the demand for property across the East Midlands is likely to benefit, cementing exactly why East Midlands rental property is such a prime investment opportunity. 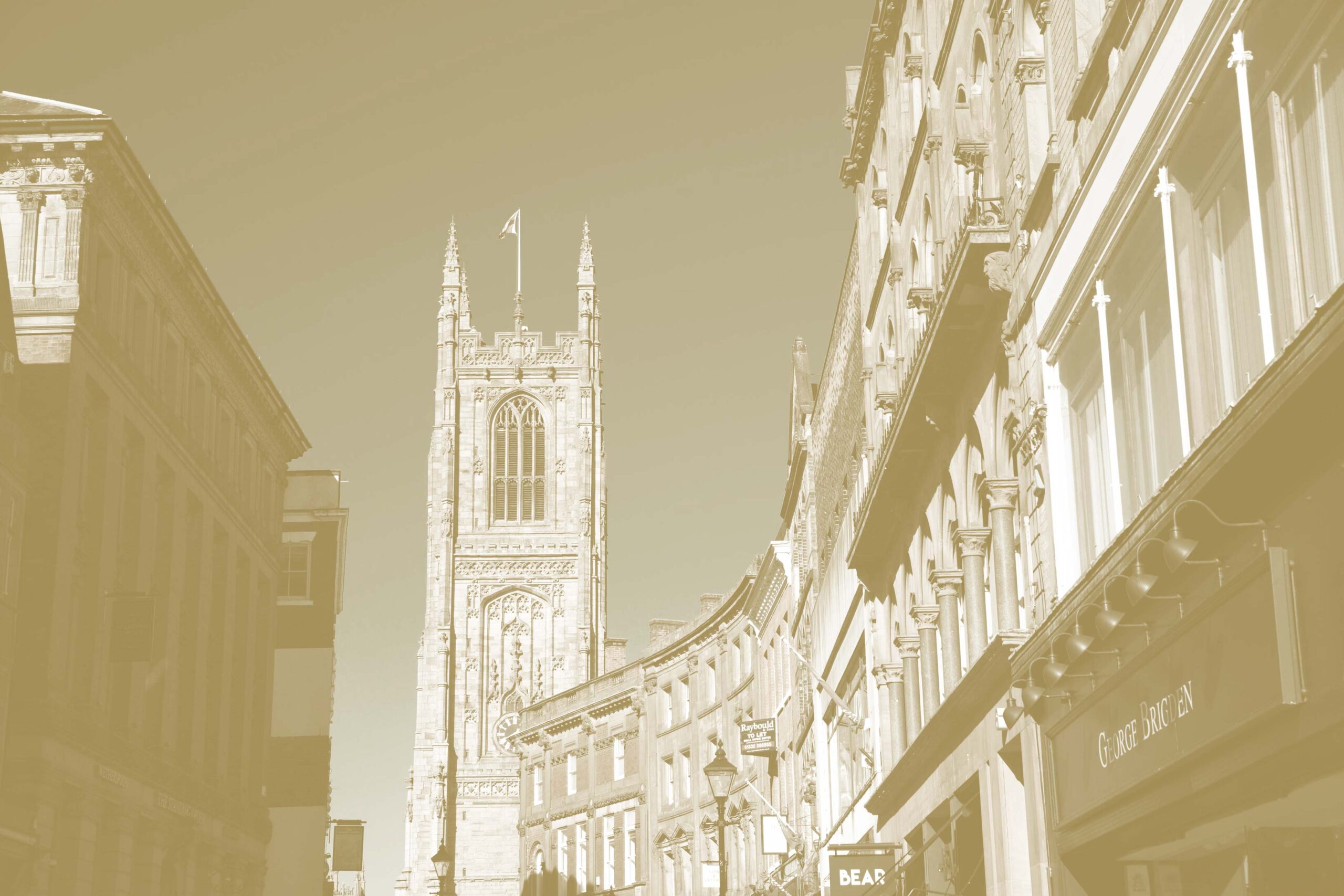 Tenant demand is at the heart of all successful Buy-to-Let properties, and is a significant driver behind the performance of the East Midlands. The East Midlands as a whole is a hub of students and graduates, with eight universities within the region and 17 within an hour of travel.

With many of these universities being some of the best in the country, it’s no surprise that almost half of Derby’s population (48%) is under 35. Often referred to as ‘generation rent’, this growing population of graduates and young professionals further highlights the investment opportunities within the East Midlands.

While HS2 will only strengthen the accessibility of the East Midlands, the region already has 2.1 million people within 45 minutes of travel. When considered in conjunction with the employment opportunities that are yet to come, more tenants will inevitably look to the East Midlands, and especially Derby, for employment and living solutions.

Not only does Derby benefit from a student population of over 30,000, but the city’s numerous regeneration schemes are expected to boost the overall population of Derby to 312,000 by 2037, making the city a central hub of the East Midlands. 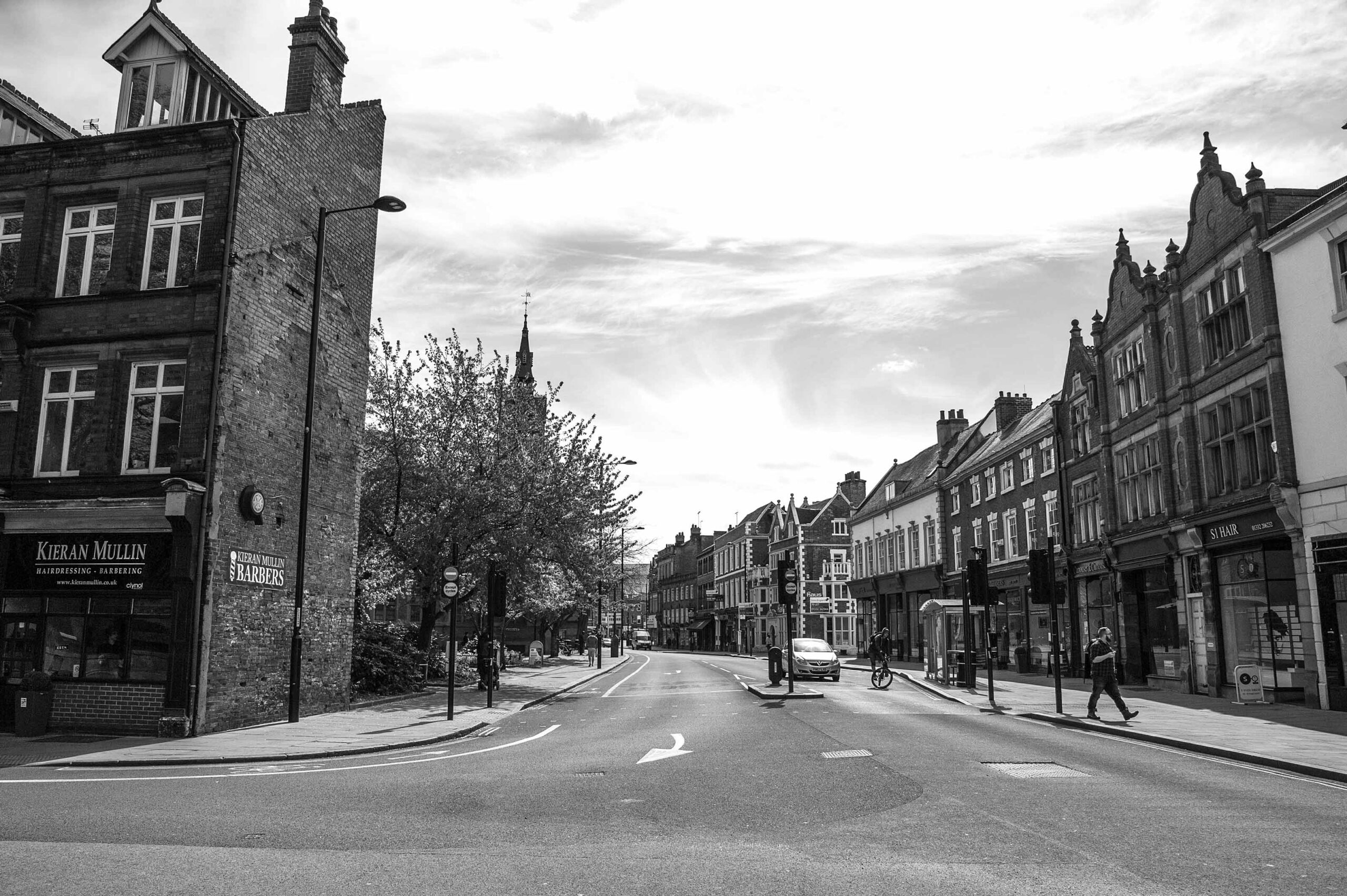 The East Midlands is already an established region of the UK, and is forecasting additional growth, fuelled by multiple regeneration schemes.

Nottingham is set to benefit from a £650 million worth of regeneration, which is due to bring new homes, grade A office space and much more to the city. With a strong focus on co-working spaces and outdoor areas, this regeneration scheme will likely encourage further inward investment and entice more employers to the East Midlands.

Derby, on the other hand,  is leading the way thanks to a large-scale redevelopment programme named the Derby City Centre Masterplan – filled with a number of targets to deliver new performance areas, a £20 million hi-tech business park and thousands of new homes. The ambitious plan not only aims to provide new jobs, homes and amenities, but also intends to leverage £3.5 billion worth of investment.

Leicester completes the trio of core cities within the East Midlands, and is in the midst of its own regeneration scheme. The regeneration of the Waterside area has emerged from a £20 million investment, and when completed, will deliver 350 new homes, 455 additional jobs and extra commercial workspaces across the city. When combined with both Derby and Nottingham’s elaborate regeneration schemes, the investment opportunities across the East Midlands – and especially in these core cities – continues to be proven, with major capital growth on the horizon. 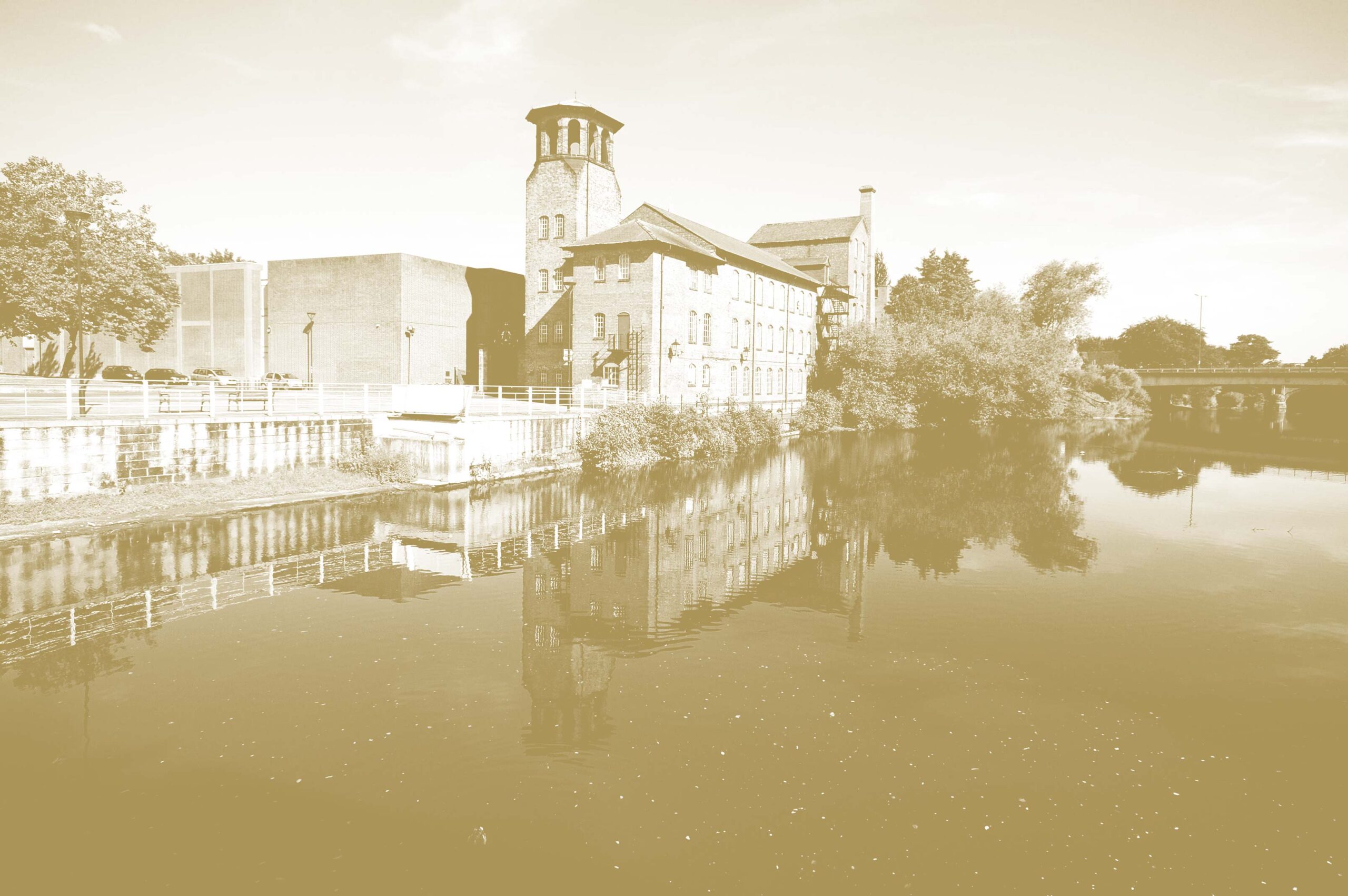 As the profile of the East Midlands continues to expand, growing in reputation as a hub of employment, connectivity and opportunity, the property market will benefit endlessly. With numerous regeneration schemes on the horizon, Savills is expecting increases of up to 24% in property prices within the region by 2025.

By delivering contemporary amenities and offering a plethora of employment opportunities across Nottingham, Derby and Leicester, the subsequent demand for property will be a significant contributor to the region’s growth. While Derby has a strong foundation of rental properties – which sits at around 17,500 – the demand is already outweighing the supply, highlighting the potentially lucrative investment opportunities that are yet to come.

With a perfect storm of supply and demand, rental yields across the region, especially those in Derby, could increase alongside property prices. Although the city’s current rental yields already surpass the majority of the UK, the overall growth of the city could see this average far surpass 5% in the coming years.